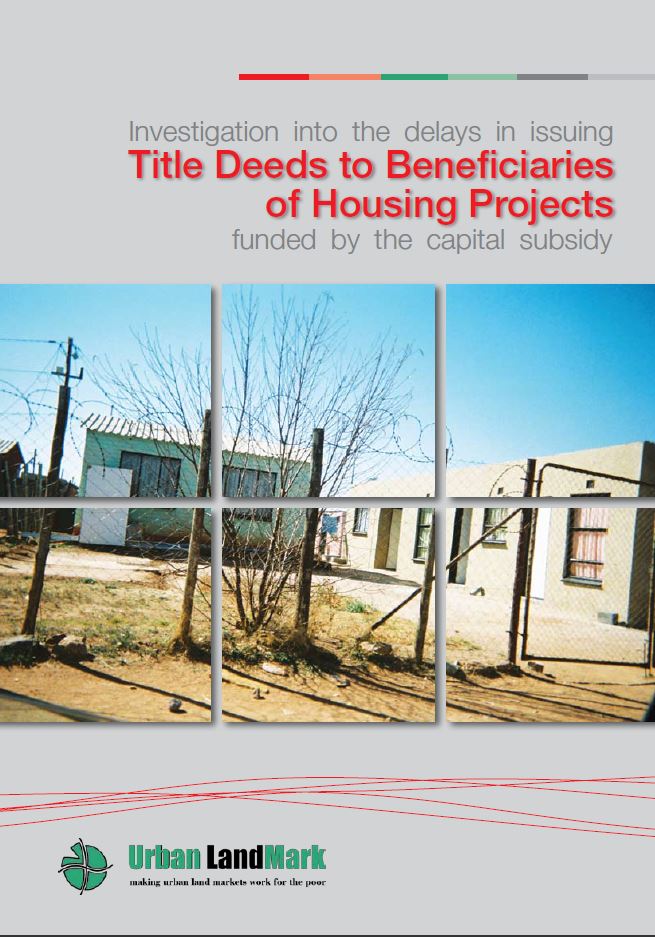 The Department of Human Settlements reports that between 1994 and 2009, 2.94-million housing units and serviced sites have either been built or were under construction. By September 2010, 1.44-million of these properties were formally registered on the Deeds Registry. This means that about 50% of subsidy beneficiaries had not yet received formal title for their housing. Moreover, since 2005, the percentage of subsidy properties that have been formally registered per year has plummeted.

Research commissioned by Urban LandMark points to several factors that undermine the transfer of title deeds to subsidy beneficiaries, including:

The major cause is a failure by developers - both government and the private sector - to finalise the establishment and proclamation of new areas being developed for subsidised housing. Projects go ahead without the approval of a General Plan for the area, largely because the players involved, lack either the time or expertise (or both) to address the many underlying issues that need to be resolved on certain tracts of land. Legislative, administrative and situational difficulties all contribute to the challenges. With the immense pressure on government officials to deliver housing at scale, the processes of township proclamation are sometimes short-circuited in favour of getting houses on the ground quickly.

The viability of remote mining communities