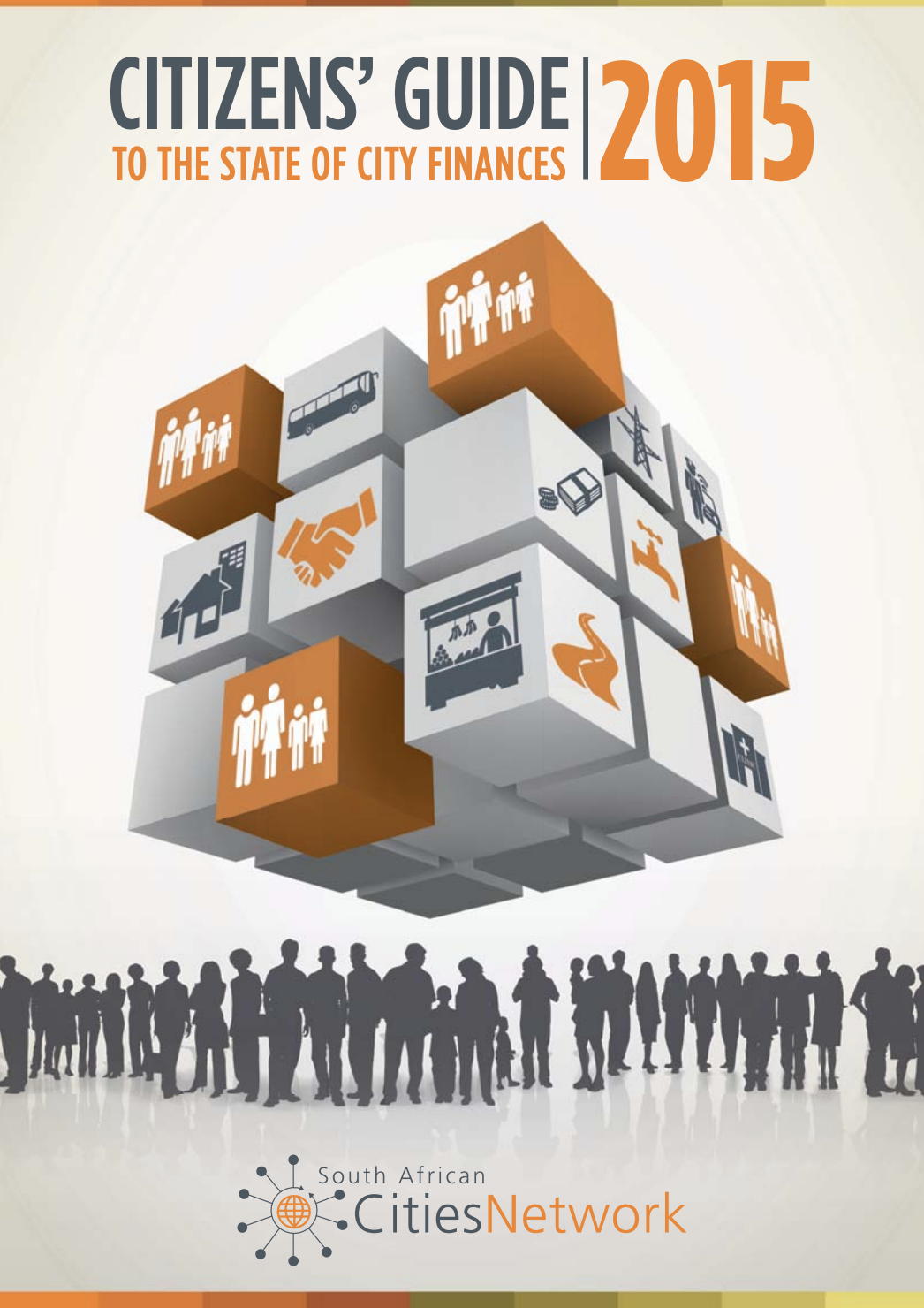 Cities are the engines of growth for the South African economy and at the forefront of spatial transformation and development. The nine cities covered in this guide (Johannesburg, Cape Town, eThekwini, Ekurhuleni, Tshwane, Nelson Mandela Bay, Buffalo City, Mangaung and Msunduzi) account for 40.8% of South Africa’s total population. They are home to 22 million people, or 3.5 million more people than in 2004, and have higher employment rates and average per capita incomes than the rest of South Africa. Therefore, the efficient functioning of cities is vital to the country’s social and economic stability and success. The National Development Plan calls on South Africans to become active citizens. An important step is understanding the basics about the municipal budget, i.e. where the money comes from and where the money goes. In this way, South Africans can appreciate the specific challenges facing local government and the different choices/trade-offs that cities make in order to address these challenges. The aim of this guide is to inform a broader audience about the key messages emerging from the 2015 State of City Finances report, which is the latest in a series of reports published since 2006. The guide is not a summary of the main report but rather a translation of the content into meaningful messages. Nine standard city finances indicators, which first appeared in the 2011 guide, are used to analyse and explain the state of finances in the nine cities. An overview of the common trends across the cities is followed by individual city profiles based on the nine indicators. Employment statistics sourced from http://www.localgovernment.co.za/ which uses the non-financial census of municipalities, published annually by Statistics South Africa (Stats SA). In particular, the current data is sourced from the Statistical Release P9115 Unit Data, made available at www.statssa.gov.za. These profiles include a narrative that attempts to capture the different developmental and economic choices made by cities.

The adoption of appropriate technology in service delivery in South Africa