Rethinking Development in the Peripheries of the Gauteng City-Region 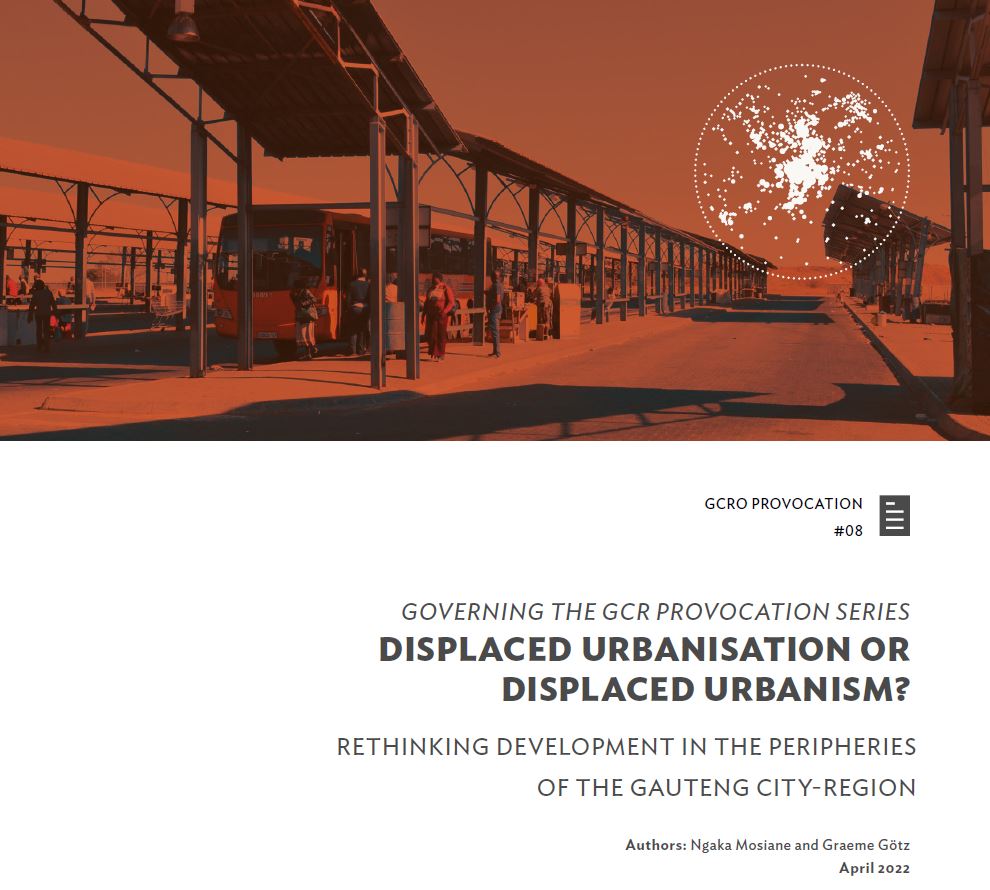 This provocation attends to a feature of the Gauteng City-Region (GCR) – its periphery – that continues to receive very limited public and private investment yet remains home to many hundreds of thousands of largely poor people. The extended GCR has a complicated social, economic and spatial structure due to the legacy effects of apartheid. That system’s laws against free movement frustrated the urban aspirations of the African population, forcing them to stay in the extended cheap labour pools of economically unviable Bantustans, many in proximity to but removed from burgeoning city centres.

This system has not unravelled with the formal arrival of democracy. The GCR remains a complex functional space whose edge is not defined by the boundary of the Gauteng province. Tens of thousands of commuters routinely flow across the northern boundary of Gauteng each day to work, shop, trade goods or seek employment in Pretoria and other Gauteng cities. This flow, and the lasting social, economic and spatial dislocation effects of apartheid it reflects, has come to be symbolized by the R573 Moloto Road, colloquially named the ‘road of death’ because of the staggering number of traffic accidents it sees each year.

The question of what should now be done with the still underdeveloped zones of what has historically been termed ‘displaced urbanisation’ on Gauteng’s periphery, has occupied the state, amongst other actors, for almost three decades. Focusing on the efforts to conceptualise and plan for massive transport infrastructure along the Moloto Development Corridor as a key solution to the problem, this Provocation reveals a set of unresolved divergences within the South African state. Differences of opinion and policy approach – which pivot on whether it would be better to facilitate the continued, but safer, mobility of peripherally located commuters through massive rail development, or to encourage population relocation to Gauteng’s core – have meant that development efforts have so far remained largely uncoordinated. In turn, the gains that a negotiated process around a broadly common agenda could potentially yield have remained constrained.

This Provocation contends that coordination through a strategy of mutual engagement remains absent because the relevant actors lack a shared ‘concept of development’. Both sides of the debate miss the significance of the day-to-day actions of residents, formal and informal traders, civil society, traditional leaders, and other actors, who are not waiting to be moved, or developed by transport investment, but are striving to transform the zones of ‘displaced urbanisation’ they occupy into vibrant spaces of ‘displaced urbanism’. The authors argue that this ‘displaced urbanism’ – the innovative co-existence of formal and informal land uses and activities; innovative acts of self-realisation by local residents trying to survive and pursue their aspirations; and, in turn, dynamic local economies from below – needs to be taken much more seriously on its own terms.

The changing nature of mining towns