Library / Informal settlements and mine development

Informal settlements and mine development 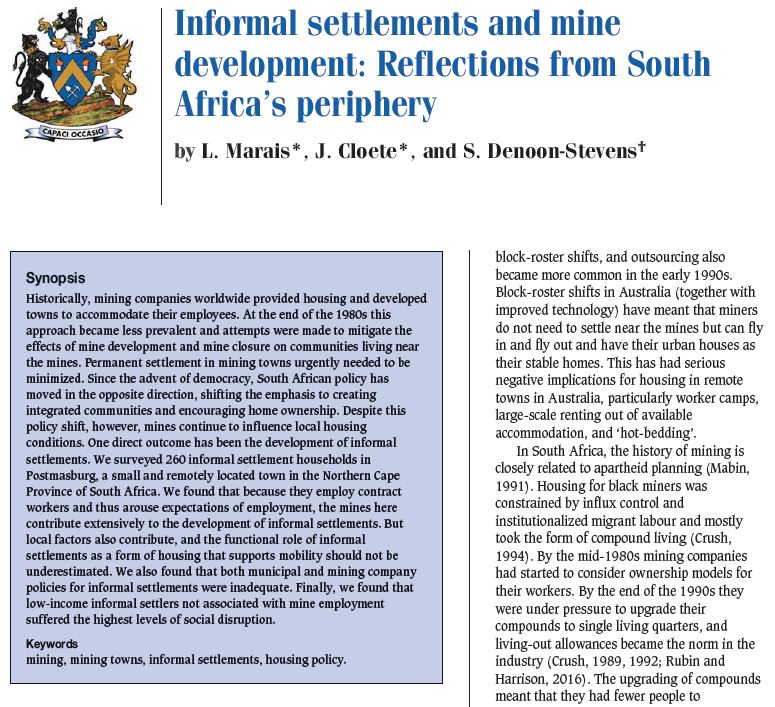 Journal of the Southern African Institute of Mining and Metallurgy

Historically, mining companies worldwide provided housing and developed towns to accommodate their employees. At the end of the 1980s this approach became less prevalent, and attempts were made to mitigate the effects of mine development and mine closure on communities living near the mines. Permanent settlement in mining towns urgently needed to be minimized. Since the advent of democracy, South African policy has moved in the opposite direction, shifting the emphasis to creating integrated communities and encouraging home ownership. Despite this policy shift, however, mines continue to influence local housing conditions. One direct outcome has been the development of informal settlements.