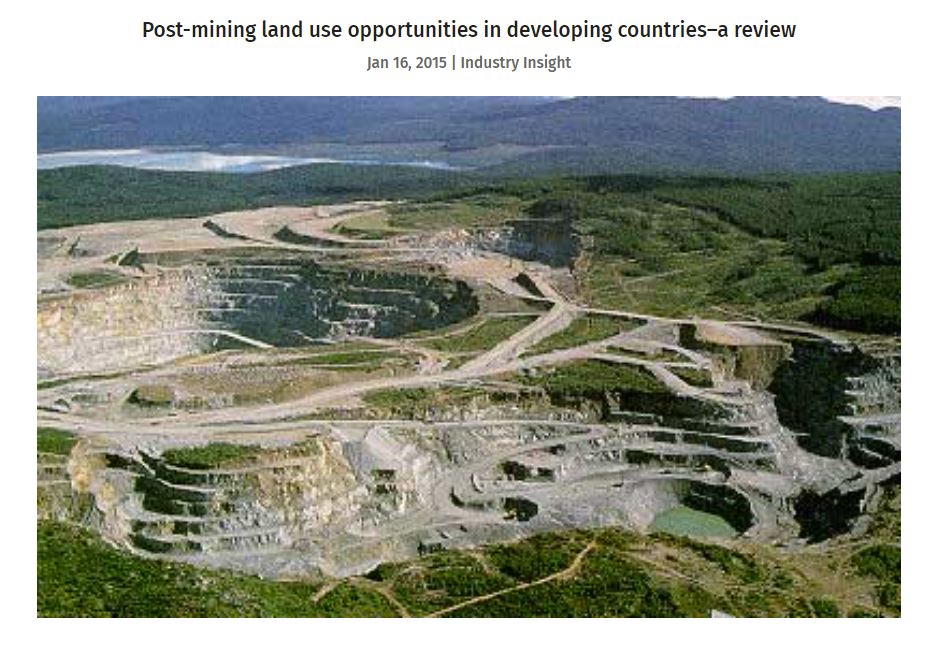 The Journal of The Southern African Institute of Mining and Metallurgy

The origins of mine closure practice have influenced the way in which it is implemented by companies and regulators. Mine closure practices essentially started developing in the 1970s in countries with advanced economies and mature mining industries. In these settings, the emphasis was justifiably placed on restoration of the landscape and an attempt was made to return to the ‘natural’ pre-mining land cover. These practices continued to evolve and incorporated socio-economic and cultural aspects, especially after the Brundtland Report in 1987 and the subsequent Earth Summit in 1992.

Today mining is increasingly occurring in remote parts of developing countries where there may be significant need for infrastructure such as roads, clinics, and schools. The costs of returning land to low (economic) value pre-mining use may be far greater than establishing a viable post-mining land use that could potentially add value to the community and take pressure off sites for greenfield development elsewhere. Furthermore, natural resource limitations (such as top soil availability) may limit the degree to which the historical land cover can be re-established. Establishing post-mining land uses may aid in mitigating the loss of employment that is inevitable when mines close.

Stakeholder participation in establishing post-mining land cover and land use options is critical for long-term success. Similarly, third parties must be identified to support the development of the post-mining land use. This paper draws on the experience of the authors in several developing countries and presents a case for maximizing re-use of mining infrastructure. The paper does not advocate the adoption of poor rehabilitation standards, nor the wholesale destruction of land capability, but rather leaving key infrastructure in place for post-mining use that may support sustainable development.

Towards net-zero construction and demolition waste