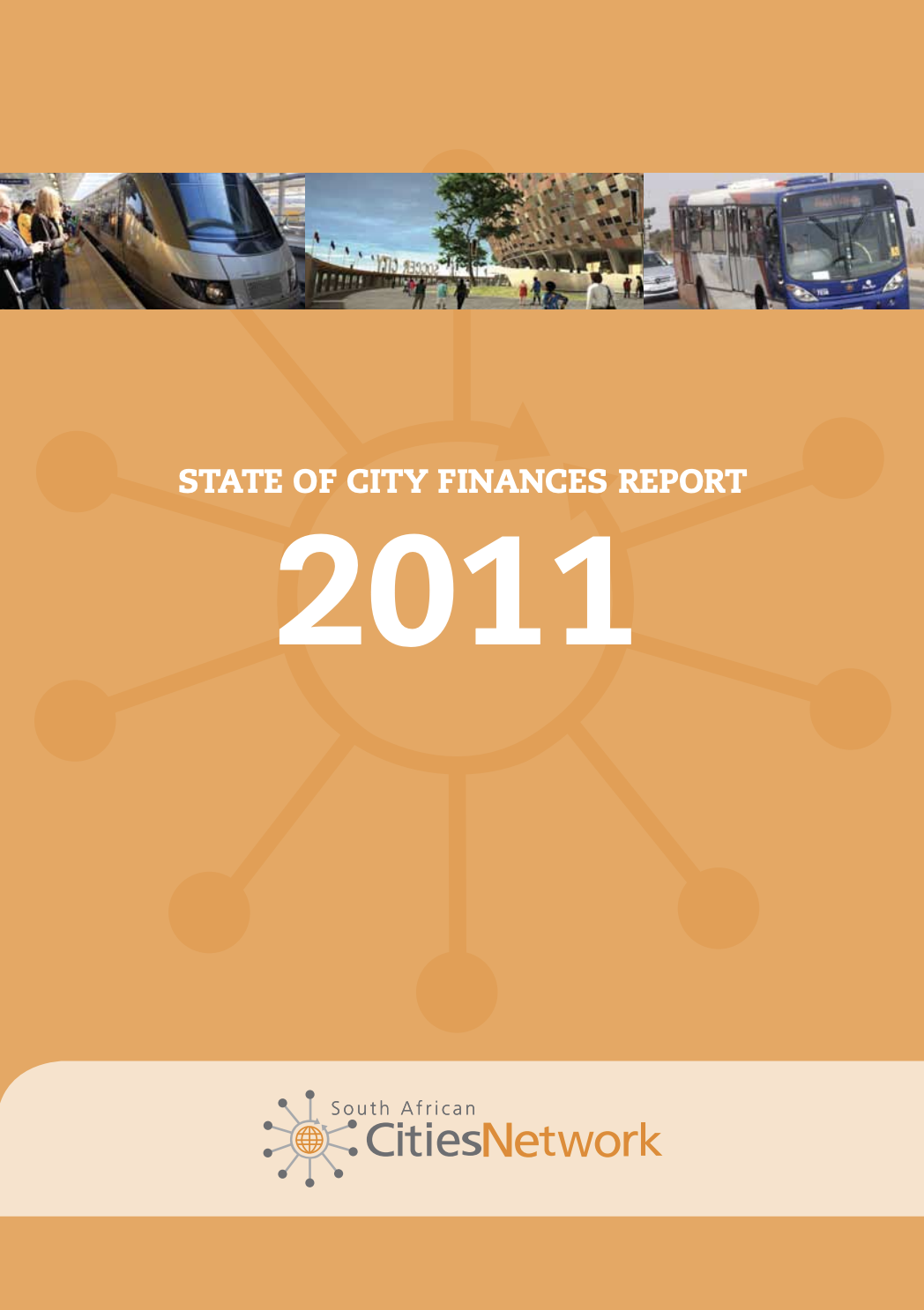 The successful functioning of city governments is vital to South Africa’s social stability and economic success. From 1995, local government was radically restructured in line with the new Constitution. The Municipal Systems Act (2000) and the Municipal Finance Management Act (2003) were among the most important acts affecting local government, introducing far-reaching changes to the way cities plan, use resources, raise revenue and manage their finances. Although the pace of change has slowed, many important developments are still underway to address persisting challenges. This report continues the series of publications produced by the South African Cities Network (SACN) publications on the financial position and performance of city governments.1 (See the State of City Finances 2007 and the State of South African Cities 2011, both published by the SACN.) This report reviews and updates many of the major themes examined in previous reports. It also introduces a new focus – the fiscal capacity of city governments to meet their expenditure responsibilities.

Planning for a post-mining future in the Rustenburg region and the transition towards it?

A handbook on urban land markets for Africa