Library / The allure of ‘smart city’ rhetoric: India and Africa

The allure of ‘smart city’ rhetoric: India and Africa 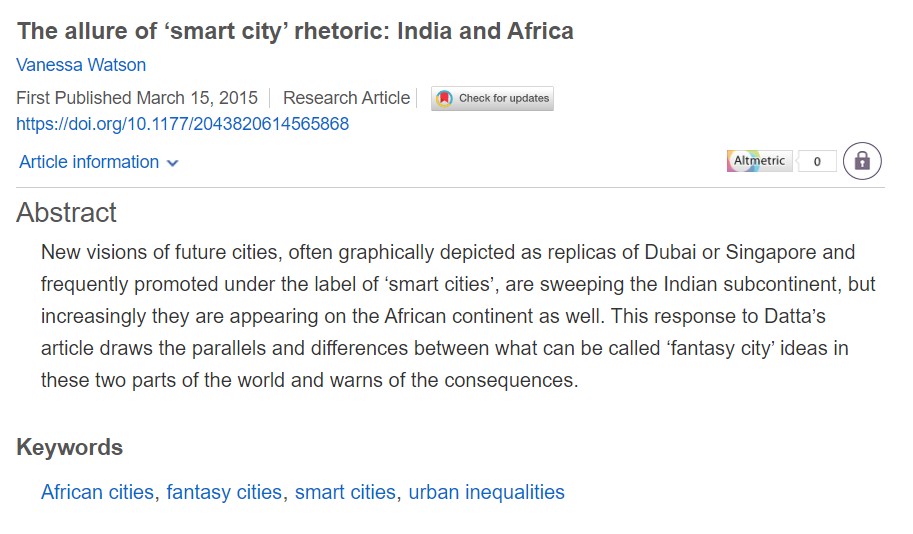 New visions of future cities, often graphically depicted as replicas of Dubai or Singapore and frequently promoted under the label of ‘smart cities', are sweeping the Indian subcontinent, but increasingly they are appearing on the African continent as well.

This response to Datta’s article draws the parallels and differences between what can be called ‘fantasy city’ ideas in these two parts of the world and warns of the consequences.