Library / A guide to establishing a Municipal Smart City Initiative

A guide to establishing a Municipal Smart City Initiative 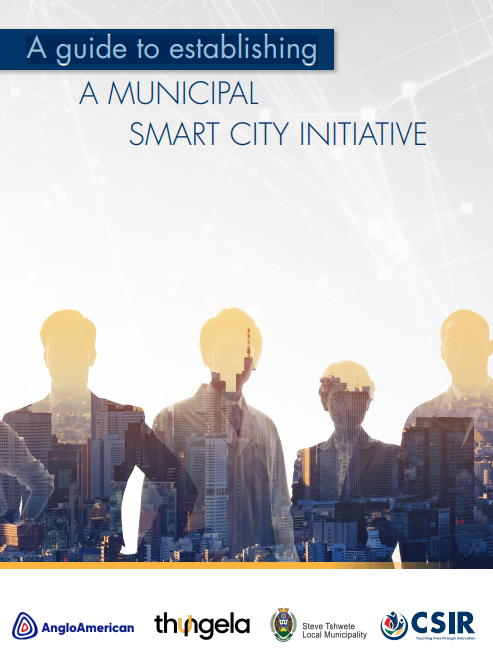 The intention with this guide is to assist municipalities with the process of establishing a smart city initiative. The focus is on the early stages of the journey of a city or town to become smarter. It provides practical guidance to support municipal officials and councillors with initiating and planning the process.

This guide was developed by the CSIR as part of the Anglo American Municipal Capability and Partnership Programme (AA MCPP) implemented in a number of municipalities. The MCPP was established in the Steve Tshwete Local Municipality (STLM) in October 2020 and is funded by Thungela Resources (previously Anglo Coal South Africa), specifically the Goedehoop Colliery. The STLM contributed to the development of this guide as a result of its involvement in the MCPP. The guide was informed by the STLM smart city journey and the learning the municipality has gained in the process.