Library / Access to land in poorer parts of towns and cities

Access to land in poorer parts of towns and cities 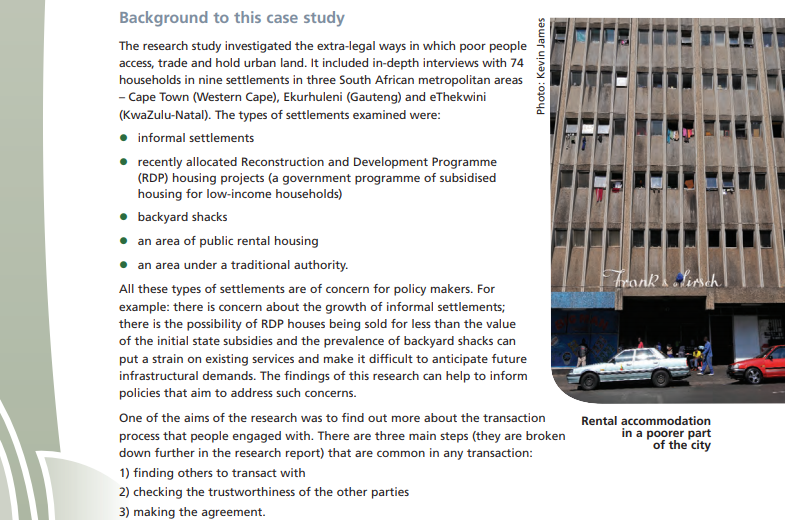 This case study draws on research into some of the processes through which people access, hold, and trade land in poorer areas of towns and cities. The research was commissioned by Urban LandMark and undertaken by the Isandla Institute, Stephen Berrisford Consulting and Progressus Research and Development.

The study investigated the extra-legal ways in which poor people access, hold and trade urban land. It included in-depth interviews with 74 households in nine settlements in three South African metropolitan areas – Cape Town (Western Cape), Ekurhuleni (Gauteng) and eThekwini (KwaZulu-Natal). One of the aims of the original research was to find out more about the transaction processes that people engaged in. The findings were revisited several times and became one of the key premises on which the later Trading Places book was based.

This resource is part of a larger collection of case studies developed by Urban LandMark to translate research findings into learning materials.