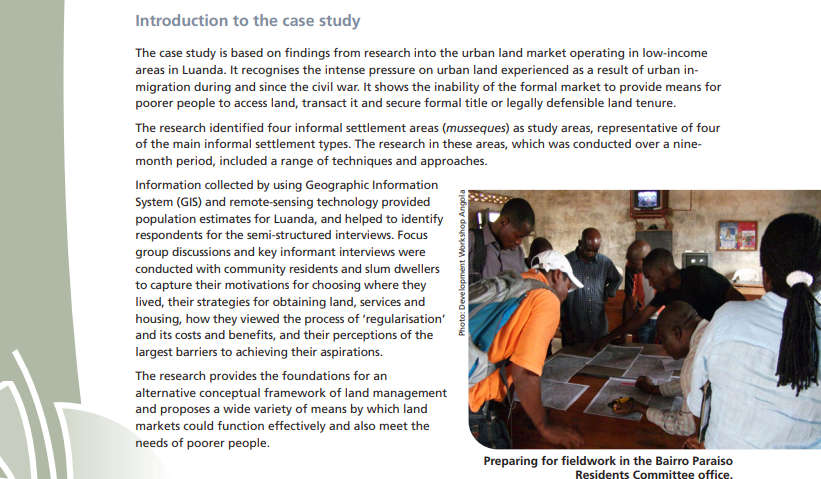 Development Workshop, A Cain, A Clacherty

This case study draws on research that investigated the extensive informal land market in Luanda, Angola. It examines how urban land is transacted and the mechanisms by which it is secured and regulated. The case study is based on research undertaken by Development Workshop, Angola. The work was commissioned by the World Bank, with technical support from Urban LandMark. This case study presents an outline of land markets in Angola, specifically, Luanda. It comments on how most people are unable to participate in the formal land market and as a result, how the informal system has emerged in spite of the best of intentions of government.

This resource is part of a larger collection of case studies developed by Urban LandMark to translate research findings into learning materials.

Effects of Emergence of Shopping Malls on SMMEs in eThekwini