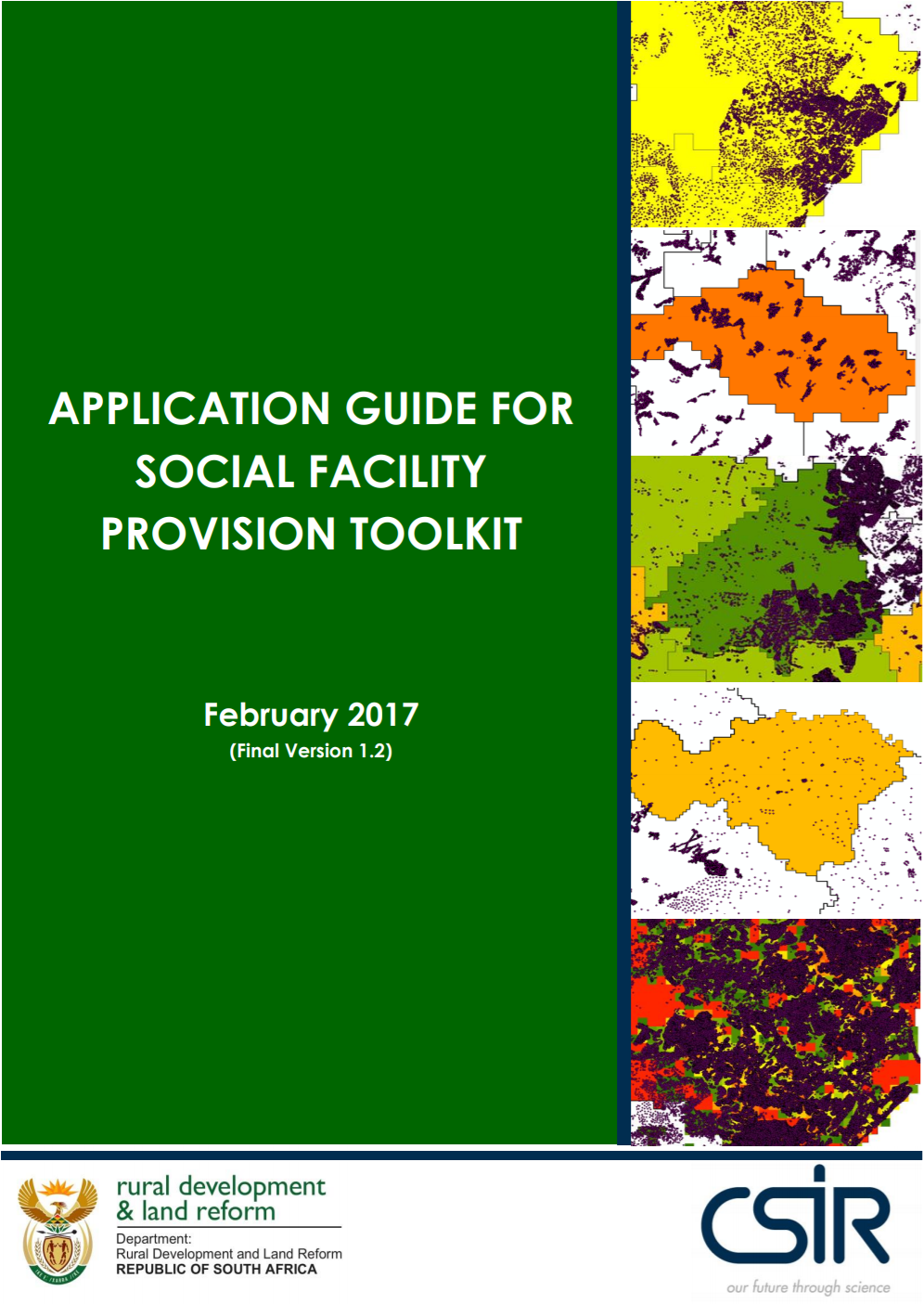 These guidelines provide support to planners in applying the standards for government social service provision in differentiated service catchments (hereafter referred to as catchments) and particularly in non-metro areas. The standards and the associated hierarchy of settlement provision were developed for the Department of Rural Development and Land Reform by the CSIR in 2015/16. The differentiated provision standards have been developed for a range of government social service provision to support government decision making in achieving access to an appropriate level of service to citizens with respect to the constitutional priority of equitable access to services.