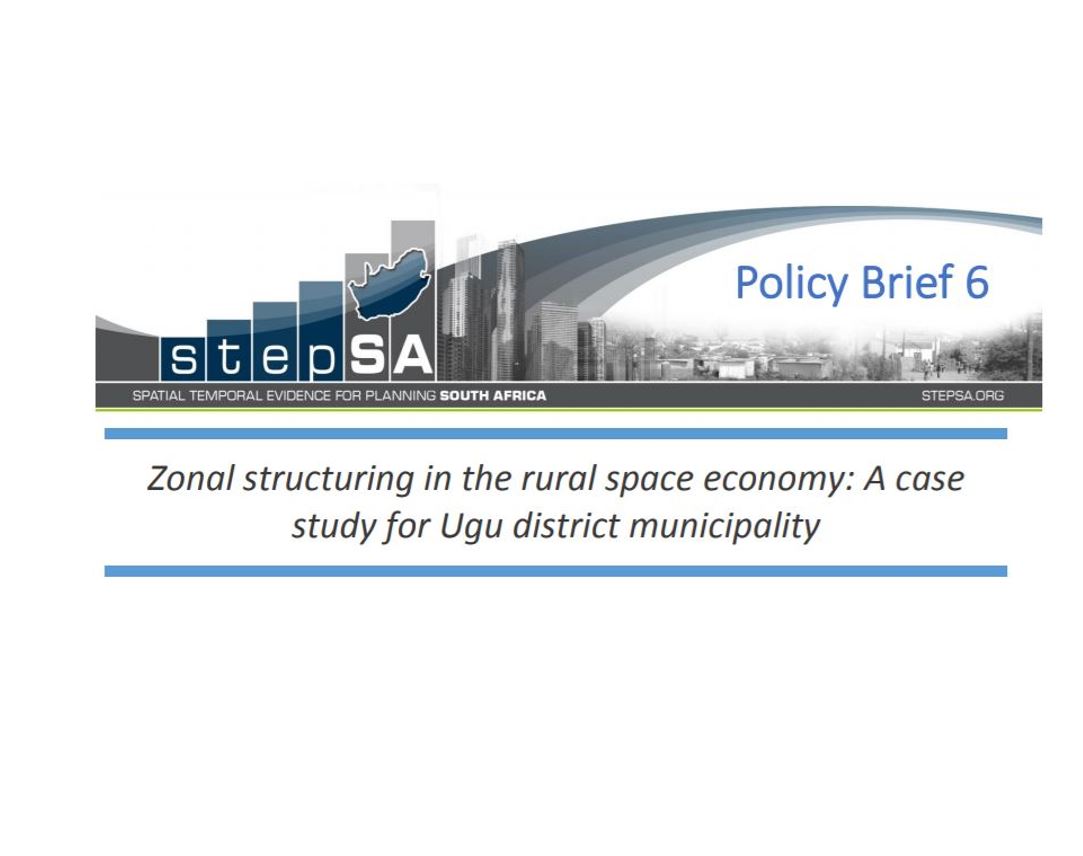 The space economy in rural areas has differentiated extensively, responding to the central pull of the industrial economy focussed in the metro cities. Wide zones of concentrated settlement have emerged and are continuing to develop around the smaller rural centres, and around rural transport nodes and transport routes that offer access to the urban sector.

Based on the Census in 1996, more than half the rural population of South Africa had already moved into non-urban areas of densification in the countryside, with the population density above 200 per square kilometer as of 1996. The share of the population in rural dense areas can be expected to have risen in the intervening years.

This policy note presents insights from the Integrated Planning, Development and Modelling’s (IPDM) Living Laboratories engagement with the planning staff of the Ugu District Municipality.