A guide on incrementally securing tenure in Southern Africa 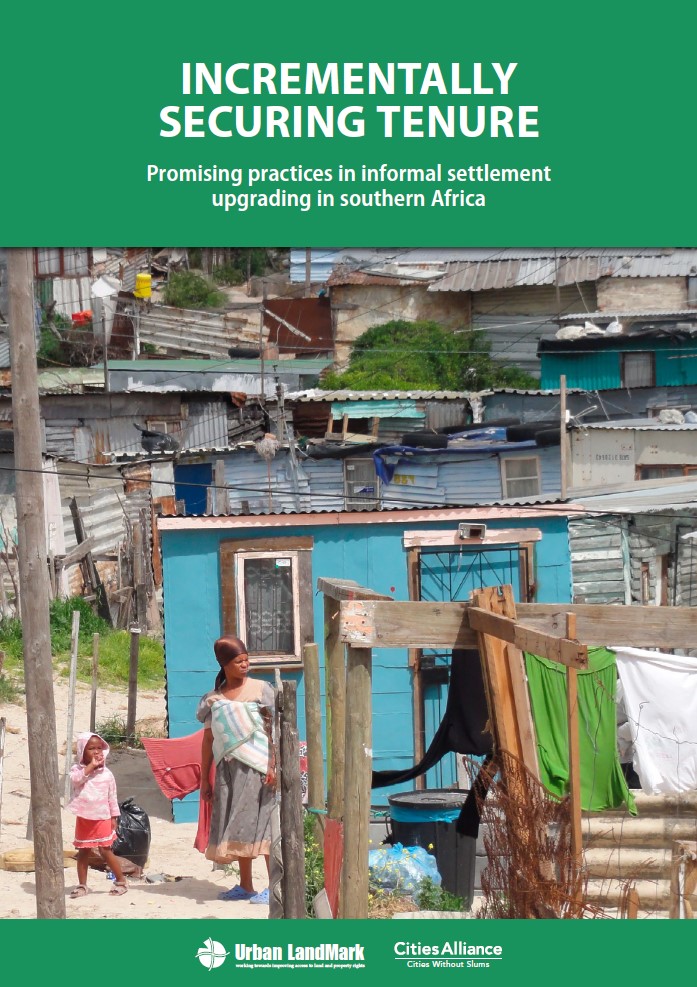 This booklet and presentation draw on the technical reports on Urban LandMark's project, Tenure Security Facility in Southern Africa. The project, which was supported by Cities Alliance and with co-funding from UKaid by the Department for International Development (DFID) in 2012 and 2013 provided technical assistance and advisory services on incrementally securing tenure in slum upgrading in the region.

The work aimed to contribute to improved access to land for poorer people, which in turn contributes to improved livelihoods, active citizenship and asset creation.

The project investigated appropriate mechanisms to incrementally increase tenure security for households living in informal circumstances in slums / informal settlements by providing advisory services in six sites in Southern Africa where the Tenure Security Facility project has developed partnerships, some over several years.

The Role of Institutions in Social Housing Provision