Library / Spatial Determinants of Well Being

Spatial Determinants of Well Being 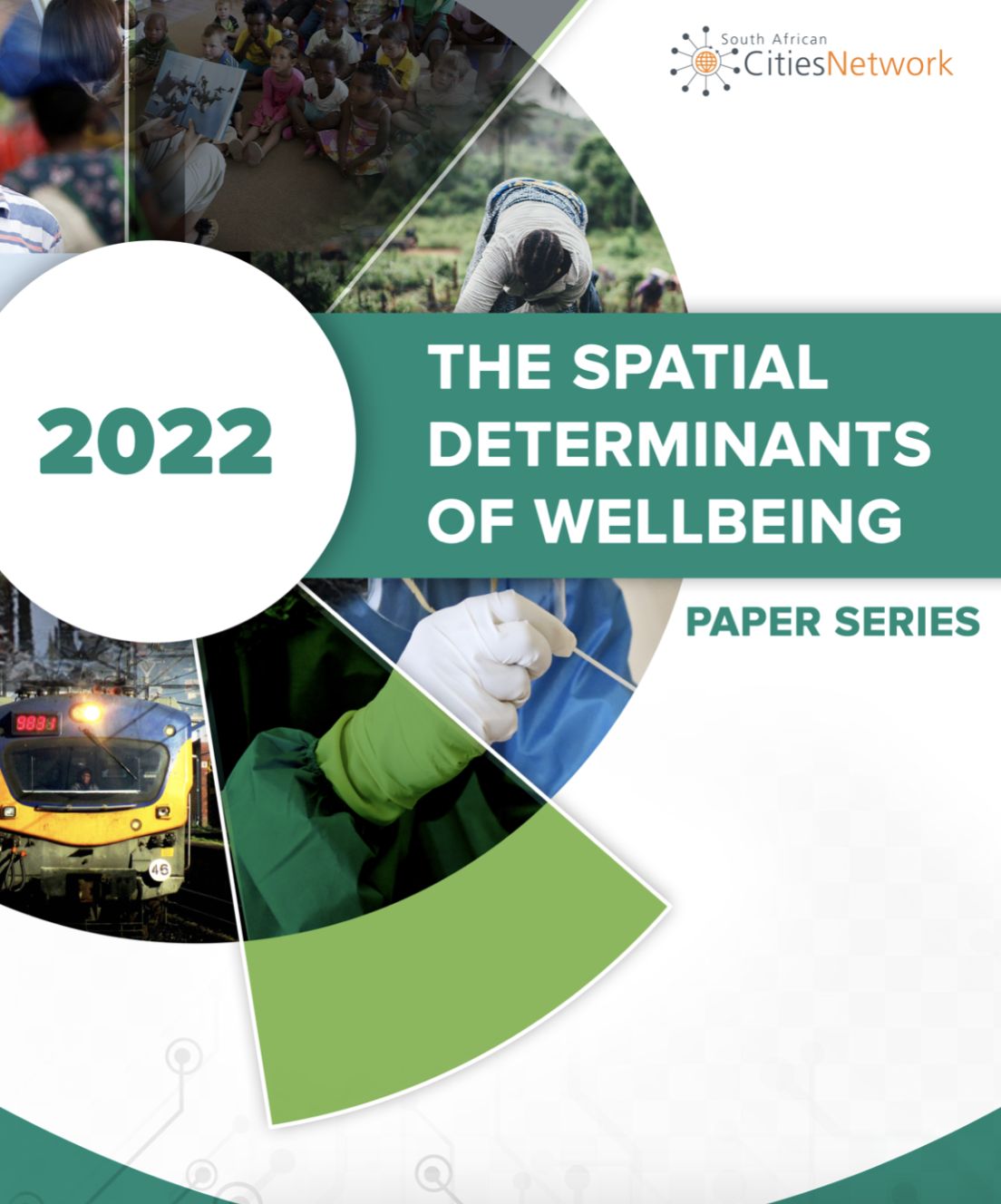 Access to decent work and reliable public transport are key aims of South Africa’s National Development Plan for addressing spatial inequalities in cities, where the poorest live the furthest from jobs and services, and spend a substantial portion of their earnings on public transport. Andrew Kerr’s paper looks at the impact of the decline in Metrorail service quality in Cape Town, where the rail was traditionally a popular and affordable mode of public transport. The paper highlights how commuters had no choice but to move from Metrorail to more expensive public transport modes, in particular minibus taxis, resulting in increased spending on transport, reduced mobility, longer commuting times and decreased productivity. For Metrorail, the inevitable consequence of fewer commuters is less sustainable rail services. However, on a positive note, the research found that mode usage is very responsive to service quality, suggesting that commuters would return to using trains if the service improved substantially. The paper recommends that the national government improve Metrorail’s funding (which has declined in real terms) and policymakers make passenger rail in cities a priority.

South Africa’s legislation and policy recognise the importance of quality early childhood development (ECD) programmes in mitigating inequalities in early childhood — one of the NDP’s targets are “high-quality, universal early childhood education”. However, most ECD centres that cater for the poorest children in informal settlements and townships face immense barriers to accessing government funding and support. The paper by Brooks et al. highlights the importance of quality ECD services and of co-creating public spaces for children in addressing spatial inequality. It shows how cities can help unlock the barriers facing ECD centres and address spatial inequalities in ECD, thereby enhancing collective well-being. Among its recommendations are including ECD and space in the training of planners, supporting ECD centre- and noncentre-based programmes to achieve compliance, and developing local solutions through collaboration between civil society and local government.

A geographical perspective on gendered violence in Khayelitsha

Violence is both a social and spatial practice that manifests through the ‘othering’ of children, as well as women, LGBTQI+ persons, youth and those who are differently abled. Khayelitsha is one of the most violent places in South Africa, where chronic under-development has resulted in spaces where ‘othered’ bodies are socially and physically vulnerable. The paper by Zinzile Seepie and Nosipho Goba examines the vulnerabilities of these ‘othered’ bodies, spatial well-being and the built environment. It assesses the City of Cape Town’s various spatial development tools using the Prism of Spatial Wellbeing tool that was developed to articulate the structural invisibility of the ‘othered’ in space. The paper finds that city plans and programmes do not address the extent of the challenges facing ‘othered’ bodies in Khayelitsha. It recommends that investments in urban space should target decreasing the vulnerability of the ‘othered’ body and promote universal well-being, through developing safe community spaces, safety-oriented urban design, cultural awareness programmes and economic empowerment programmes for these vulnerable groups.

In South Africa, spatial inequality is entrenched in the urban fabric, and housing delivery has proven incapable of addressing historic spatial inequalities. Government has recognised the importance of public facilities, such as community centres, public parks and training and youth centres, for creating sustainable, well-functioning neighbourhoods. However, these public facilities are often a technocratic response rather than a community-driven/-owned process. The paper by Suzette van der Walt and Claire du Trevou looks at how neighbourhood well-being can be improved through rethinking the community centre. They argue that well-being is a moving target and best defined as a ‘zone’ because it is not always possible to achieve an equilibrium between the challenges faced by communities and the resources that communities need to counter challenges. To create liveable neighbourhoods, community facilities need to be viewed as flexible infrastructure and adaptable resources that help citizens meet their daily challenges and approach a state of wellbeing. In addition, the space within these facilities should be managed flexibly and the value of existing social networks and grassroots mobilisation should be acknowledged and scaled up through collaboration and partnership.

Finding opportunities in the COVID-19 crisis

Crises, such as the COVID-19 pandemic, can threaten and shape cities, and may even lead to beneficial shifts. The silver lining of COVID-19 is that it oers an opportunity to rethink cities and produce positive changes in society. Monyake Moteane’s paper examines best practices that have emerged from responses to COVID-19 in relation to the ‘forgotten agents’ – the people (e.g. security guards, homeless people, householders, informal workers) who enable cities to function smoothly and have limited choices for where they live in cities. It also looks at lessons from past pandemics, case studies and surveys. COVID-19 has been hugely disruptive (and disproportionately so for the ‘forgotten agents’) and more pandemics can be expected. Lessons from past pandemics, case studies, best practices and the surveys suggest that emergency responses are necessary in the short term, but must be followed by designing settlements that are pandemic-resilient and promote health and well-being, and ensuring that adequate public transport (including non-motorised transit systems) is available to transport ‘forgotten agents’ who perform essential services.

Access to affordable, quality food is an integral part of wellbeing and human development. Within complex urban food systems, this access is not equitably distributed in South African Cities. Patrick Hope-Bailie and Matthew Purkis explore the nexus between food security, hunger, space and wellbeing. They highlight that while nebulous, food security mandates are spread across spheres of government (e.g. National Government Social Grants and Provincial and Local Government social development department agricultural projects) leading to poor coordination and ineffective partnership among governmental and non-governmental actors. In profiling some examples of good practice, they explore urban food security case studies in the cities of Cape Town, eThekwini and Johannesburg. The paper concludes with a food system mapping overlaying the open space network, formal retail, food access points and public transport networks. These maps can be utilized to guide City decision-making in terms of spatial and other interventions to address food insecurity.

The People's Guide to the State of City Finances 2018