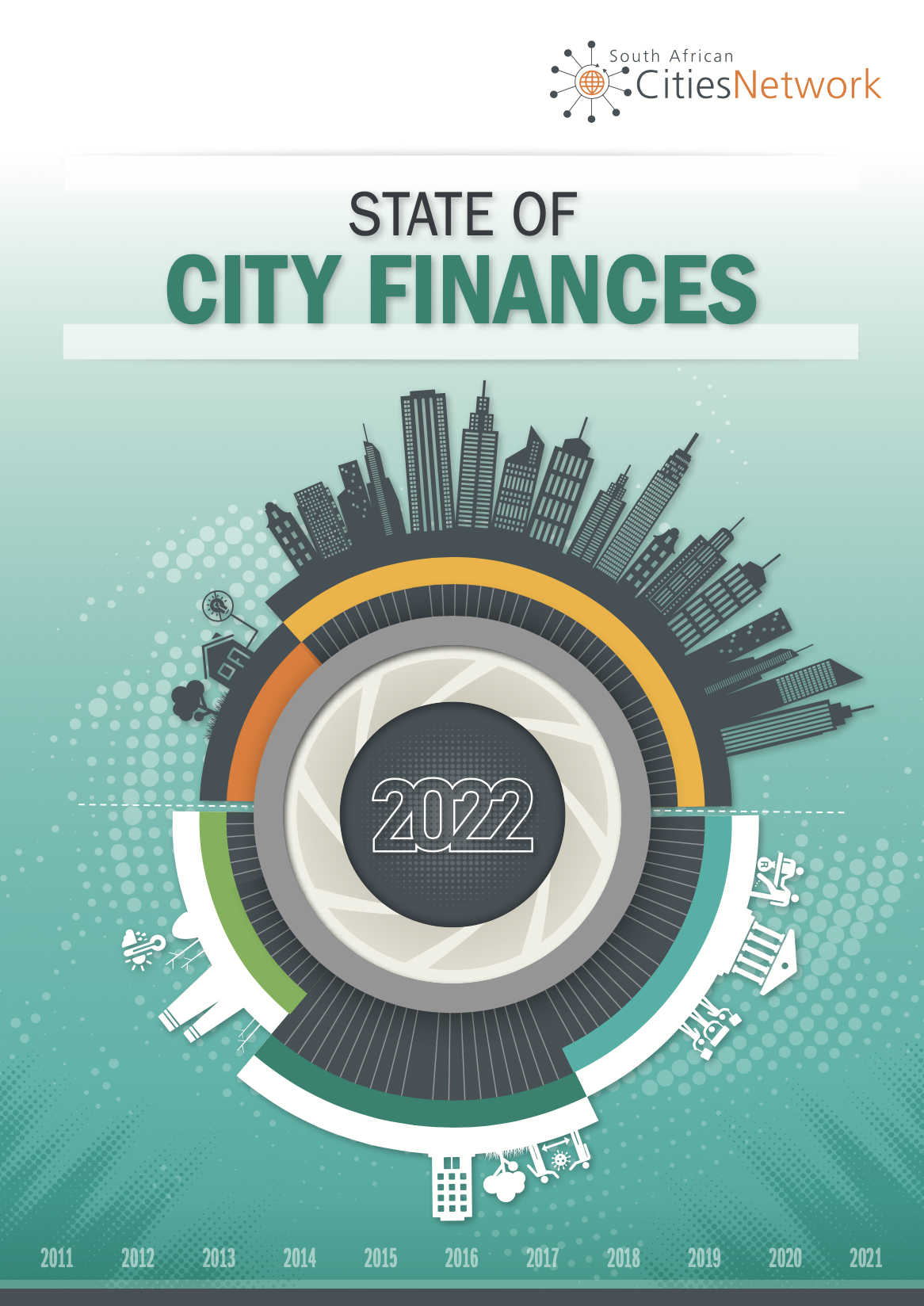 This SoCF is the sixth report based on research by the SACN into the finances of South Africa’s biggest cities, with the aim of determining their general well-being and assessing their ability to deliver on developmental mandates. It is one of the SACN’s flagship publications and, like previous editions (published in 2011, 2013, 2015, 2018, and 2020), this report examines the finances of nine cities in South Africa: Johannesburg, Cape Town, eThekwini, Ekurhuleni, Tshwane, Nelson Mandela Bay, Buffalo City, Mangaung, and Msunduzi.

This SoCF continues where the 2020 report left off, describing external shocks and macroeconomic developments that have affected municipal finances over the last decade (Chapter 2), providing an overview of city financial performance, and looking at changes in the affordability of municipal bills between 2015/16 and 2020/21 (Chapters 3 and 4). Chapter 5 takes a longer view, telling the 10-year story of city finance, comparing and commenting on differences in performance of two local government administrations: 2010/11−2015/16 and 2015/16−2020/21. In so doing, it attempts to examine holistically the factors that affect city finances, including external events and matters related to city governance and politics. The final chapter proposes an action and policy agenda for cities and the custodians of the local government fiscal framework to ensure sustainable municipal finances into the future.

The SACN would like to thank those who participated in almost 30 interviews, including current and former city officials, academics, National Treasury staff, and others, as their inputs have added invaluable richness and texture to the analysis. The greatly expanded scope of this SoCF report was made possible by the contributions of the many stakeholders who were interviewed, in particular the city chief financial officers (CFOs) and their staff who provided the context for the data. The SACN is indebted to the many stakeholders with knowledge of the local government fiscal framework for sharing their insights and observations. Staff from the budget and policy sections of the National Treasury Intergovernmental Relations Directorate provided valuable comments and input to the report, as did Matthew Glasser. Finally, the SACN is grateful for the expert review of the publication by former eThekwini CFO Krish Kumar and SACN Research Associate Michael Sachs.

The Social Grants and Black Women in South Africa