Library / State of the Cities Report 2011 - Towards resilient cities

State of the Cities Report 2011 - Towards resilient cities 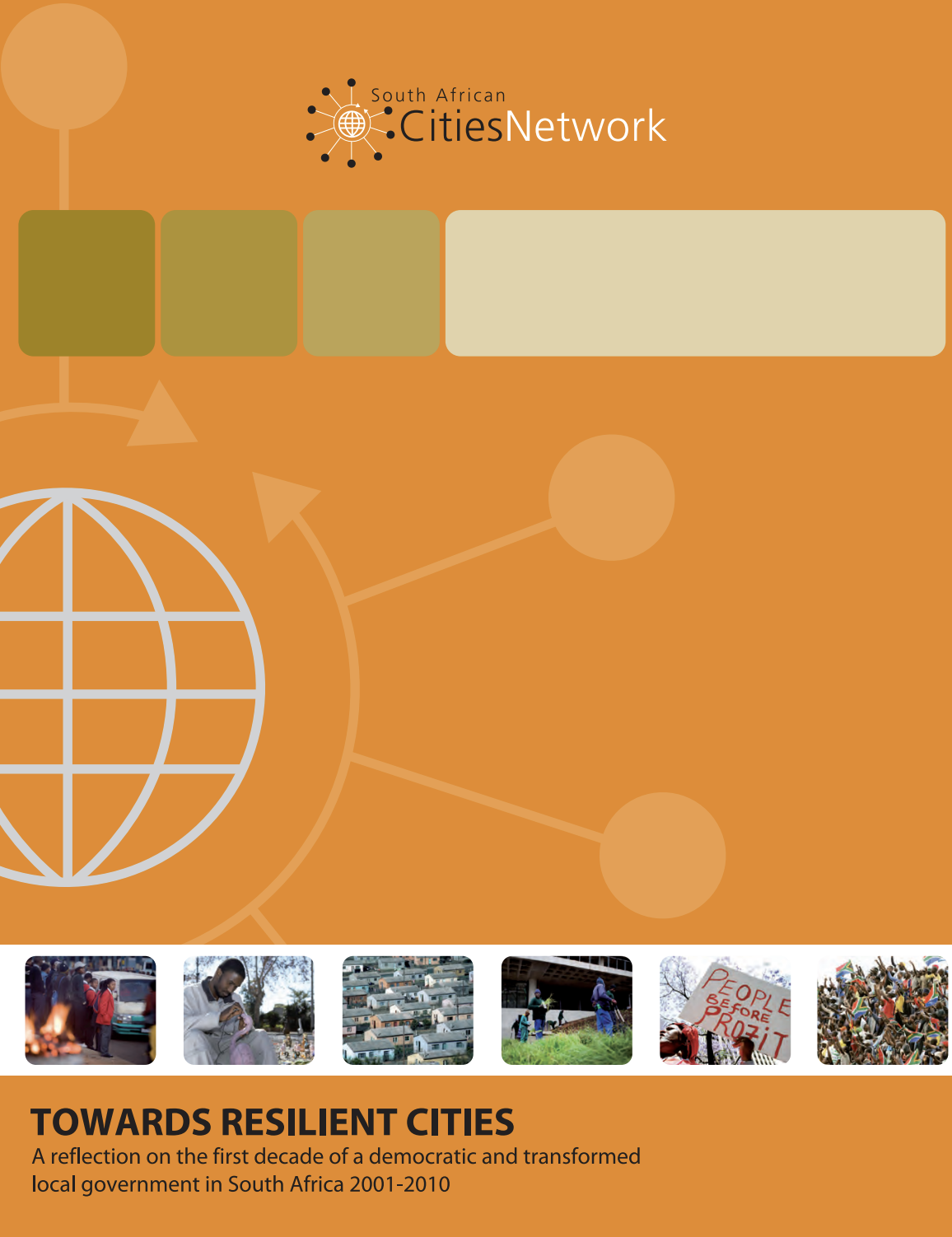 South African cities are under the national and international spotlight again. Community protests over service delivery, disputes about councillor selection, mismanagement and underspending of municipal budgets, and recurrent billing problems have attracted growing public concern. Yet cities have also been fêted for rekindling a spirit of national unity during 2010, delivering world-class transport schemes and leading the economy out of recession. This is part of a bigger conundrum: that cities can be crucibles of enormous creativity and economic dynamism, and also sites of deep social divide, poverty and disadvantage. Looking ahead, cities are critical to the achievement of national environmental objectives, such as reducing greenhouse gas emissions and conserving resources, and city governments will need to raise their game if they are to tackle the complex challenges of economic transformation, social division and climate change. The purpose of the State of the Cities Report 2011 is threefold. Firstly, the report assesses the progress made by South African cities over the last decade in relation to key development outcomes. The central question is whether developmental metropolitan government has had the desired effect in improving socio-economic and environmental conditions, both in absolute terms and relative to the rest of the country. Secondly, the report reviews strategic problems and opportunities facing the cities. It is important to put key urban issues on the agendas of national and provincial government, the business sector, and civil society that may not previously have attracted the attention they deserve. Thirdly, the report communicates essential messages about the planning, development and management of cities to a new generation of civic leaders and officials taking office after the 2011 municipal elections.