Library / Mine decline and women

Mine decline and women

Reflections from the Free State Goldfields 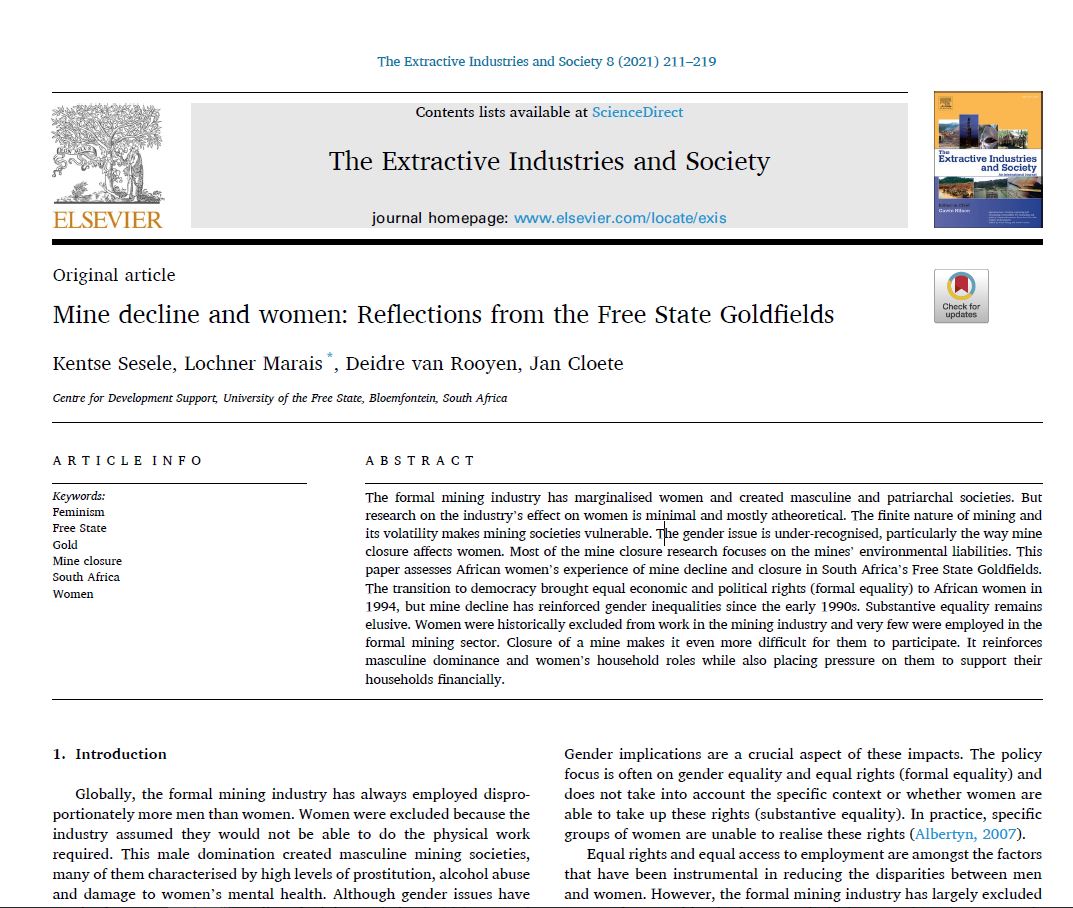 The Extractive Industries and Society

The formal mining industry has marginalised women and created masculine and patriarchal societies. But research on the industry’s effect on women is minimal and mostly atheoretical. The finite nature of mining and its volatility makes mining societies vulnerable. The gender issue is under-recognised, particularly the way mine closure affects women. Most of the mine closure research focuses on the mines’ environmental liabilities.

This paper assesses African women’s experience of mine decline and closure in South Africa’s Free State Goldfields. The transition to democracy brought equal economic and political rights (formal equality) to African women in 1994, but mine decline has reinforced gender inequalities since the early 1990s. Substantive equality remains elusive. Women were historically excluded from work in the mining industry and very few were employed in the formal mining sector. Closure of a mine makes it even more difficult for them to participate. It reinforces masculine dominance and women’s household roles while also placing pressure on them to support their households financially.

Guide on Connecting Green Recovery and Resilience in Cities

It takes a village