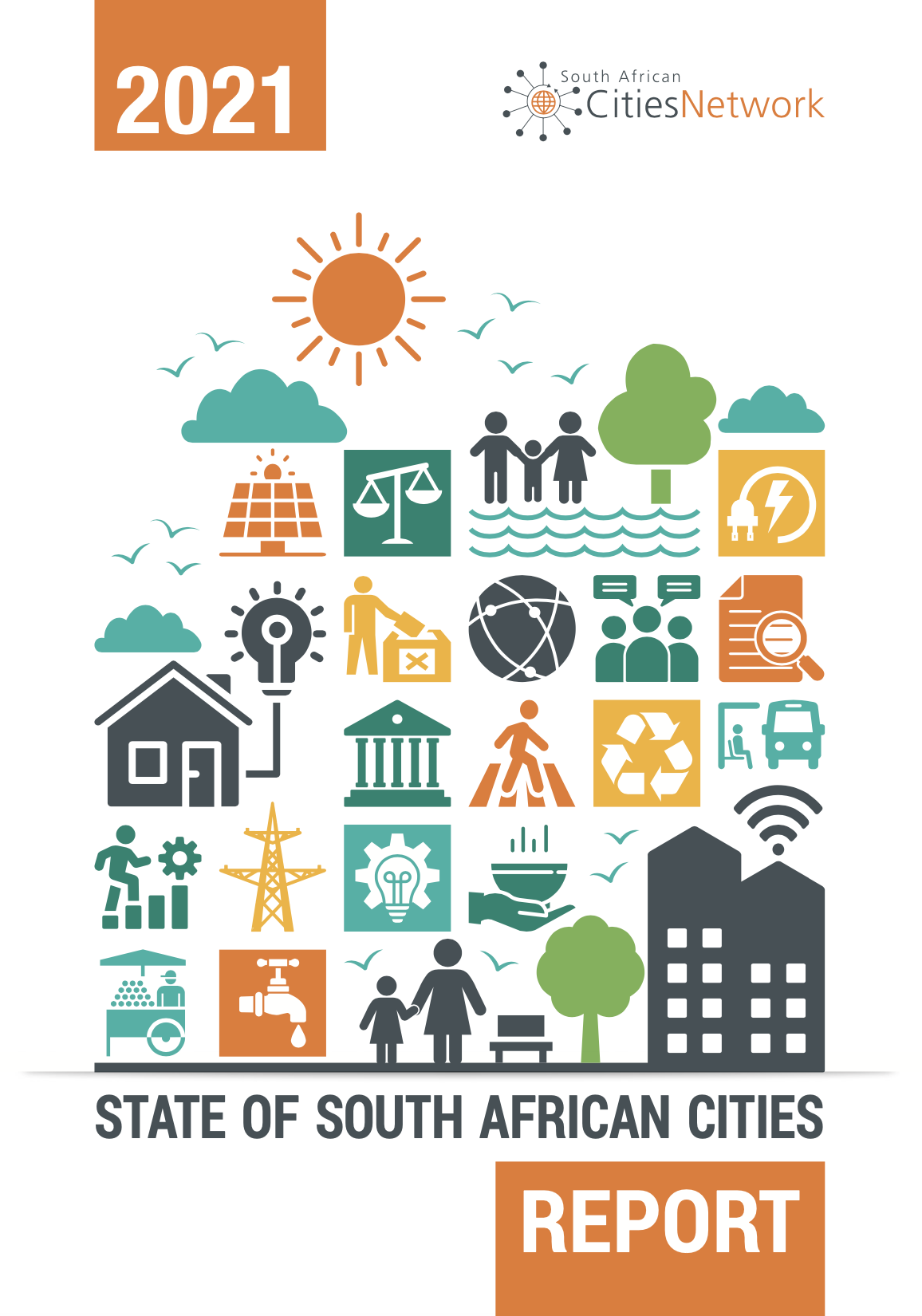 Shortly after its formation, the South African Cities Network (SACN) produced the first State of South African Cities Report (SoCR). The report’s production was informed in part by one of the SACN’s founding funders, the Cities Alliance, “a global partnership fighting urban poverty and supporting cities to deliver sustainable development” that operates a multi-donor fund. Cities Alliance had recognised that many cities and countries continued to manage urban issues with very limited evidence about major urban trends, changes and dynamics. Yet without such intelligence, it would be impossible to understand the success or failure of city strategies and interventions or to compare cities for purposes of benchmarking or shared learning. Therefore, Cities Alliance began offering support to countries wishing to develop state of cities reports. South Africa was at the front of the line, and its SoCRs became the earliest success story.

SoCRs produced in South Africa set a very high standard of data presentation and analysis, and they have spurred a number of other countries to follow suit. Ideally, the Cities Alliance would like to see these reports produced in as many countries as possible and at regular intervals, to allow for progress (or the lack thereof) to be regularly reviewed. These reports are also an excellent vehicle for improving accountability for the use of public resources and assessing the positive and negative effects of different policy options. (Cities Alliance 2009)

Subsequently, other countries began producing SoCRs, with Mozambique, Brazil, Syria, and Latin America and the Caribbean all initiating their reports in 2009 with Cities Alliance’s support, and the trend has continued. The SACN has often been invited to support the SoCR learning and journeys of other countries, including making presentations and, at one stage, developing a free SoCR toolkit, which was used by countries across Africa, Latin America and the Middle East in preparing similar reports. Despite this, in 2015, a review event of SoCRs held at the Africities 7 Summit in Johannesburg found that only two other African nations had managed to fully produce SoCRs: Ethiopia and Tanzania. The reasons for countries not producing reports were largely to do with the very issues that SoCRs seek to engage, i.e., lack of data, capacity and political championship for understanding urban issues better.


The Importance of the SoCR

The central concern of SoCRs is to produce solid and up-to-date information that helps inform and support the work of urban actors across different sectors of society, as well as research into how to make South African cities functional. They contribute essential urban intelligence, build local skills and capacity, and raise the profile of the urban agenda in the national development discourse by helping to inform strategic urban policy, planning and decision-making processes.

Through this role, SoCRs have become an important enabler for sustained urban knowledge generation at the SACN and beyond, and are an important and influential compendium of South Africa’s best urban data, knowledge and ideas. As every SoCR involves numerous data sources, researchers, institutions and references, the SoCR process has contributed to the ongoing building of urban intelligence and knowledge bases, while also enabling urban research skills development.

Externally, SoCRs have been widely recognised for their role in informing policy and practice and have even directly guided SoCR practice internationally. As illustrated above, the SoCR is recognised by Cities Alliance, UN-Habitat and other key institutions involved in steering, informing and raising the profile of the urban agenda in Africa and globally.

Locally, the SoCRs have been a crucial South African urban reference point since inception. Through strategic, analytical and other scholarly work, their value is in continually generating, sourcing, aggregating, processing and presenting urban knowledge in a unique way. The SoCRs have sustained the longitudinal narrative of South Africa’s unfolding urban development journey in a way that no other record does. The involvement of the metropolitan municipalities and national partners in the development of the reports lends not only credibility but also analytical insight and impact potential to the work because it is thus positioned more closely to policy design, planning, and decision-making.

The ‘State of’ franchise is at the core of SACN’s methodology, meaning that the SoCR is more than just a publication. It is one of several ‘State of’ knowledge products, which synthesise knowledge emanating from multi-year action research undertaken through the SACN. Examples include the State of City Finances, State of Urban Safety, State of Energy and State of Expanded Public Works Reports. The SoCR is elevated above the different publications due to its length and breadth. It takes the longest view (five years), which is the equivalent of a local government political term, and is not sectorally delimited, making it the one report that comments holistically on the urban outcomes of a range of interventions and factors.