Events / Peoples data on land, what for? 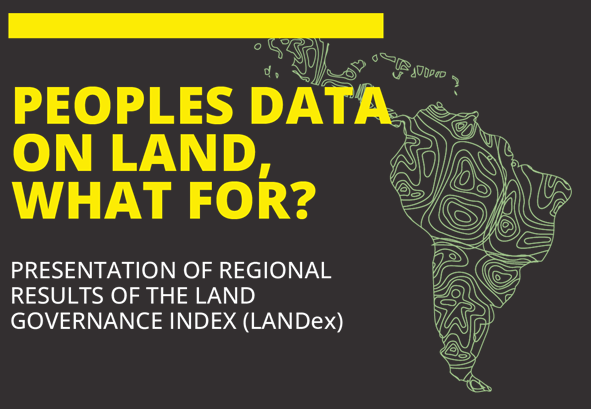 Data is key to decision-making.

This webinar will share the results obtained from the implementation of the LANDex in the Latin America and the Caribbean (LAC) region, the ways in which they have been used, and the challenges for the positioning of complementary data, particularly those generated by people.