A Study of Two Midrand Townships 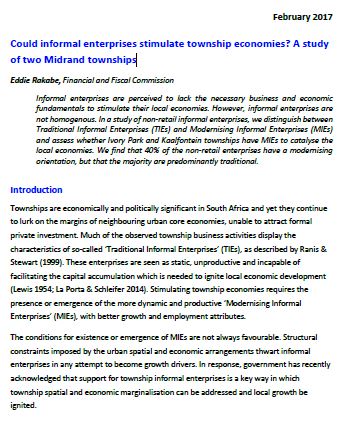