Library / Effects of migration and immigration on SMMEs

Effects of migration and immigration on SMMEs 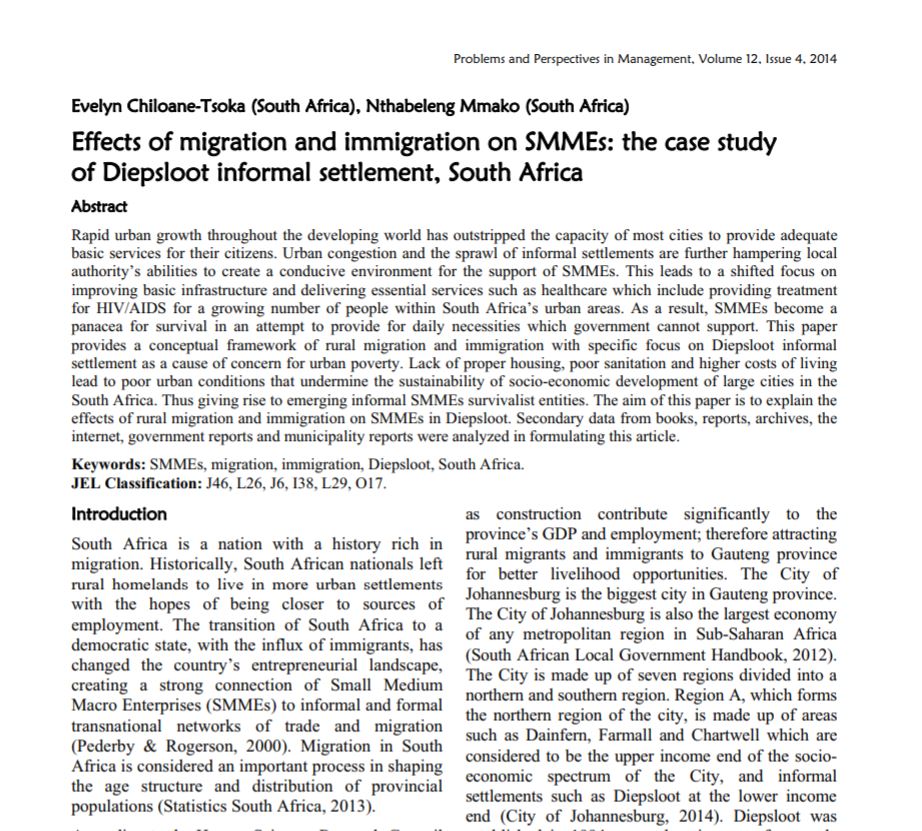 Rapid urban growth throughout the developing world has outstripped the capacity of most cities to provide adequate basic services for their citizens. Urban congestion and the sprawl of informal settlements are further hampering local authority’s abilities to create a conducive environment for the support of SMMEs. This leads to a shifted focus on improving basic infrastructure and delivering essential services such as healthcare, which include providing treatment for HIV/AIDS for a growing number of people within South Africa’s urban areas. As a result, SMMEs become a panacea for survival in an attempt to provide for daily necessities which government cannot support. This paper provides a conceptual framework of rural migration and immigration with specific focus on Diepsloot informal settlement as a cause of concern for urban poverty. Lack of proper housing, poor sanitation and higher costs of living lead to poor urban conditions that undermine the sustainability of socio-economic development of large cities in the South Africa. Thus giving rise to emerging informal SMMEs survivalist entities. The aim of this paper is to explain the effects of rural migration and immigration on SMMEs in Diepsloot. Secondary data from books, reports, archives, the internet, government reports and municipality reports were analysed in formulating this article.