Library / Improving access to the city through value capture 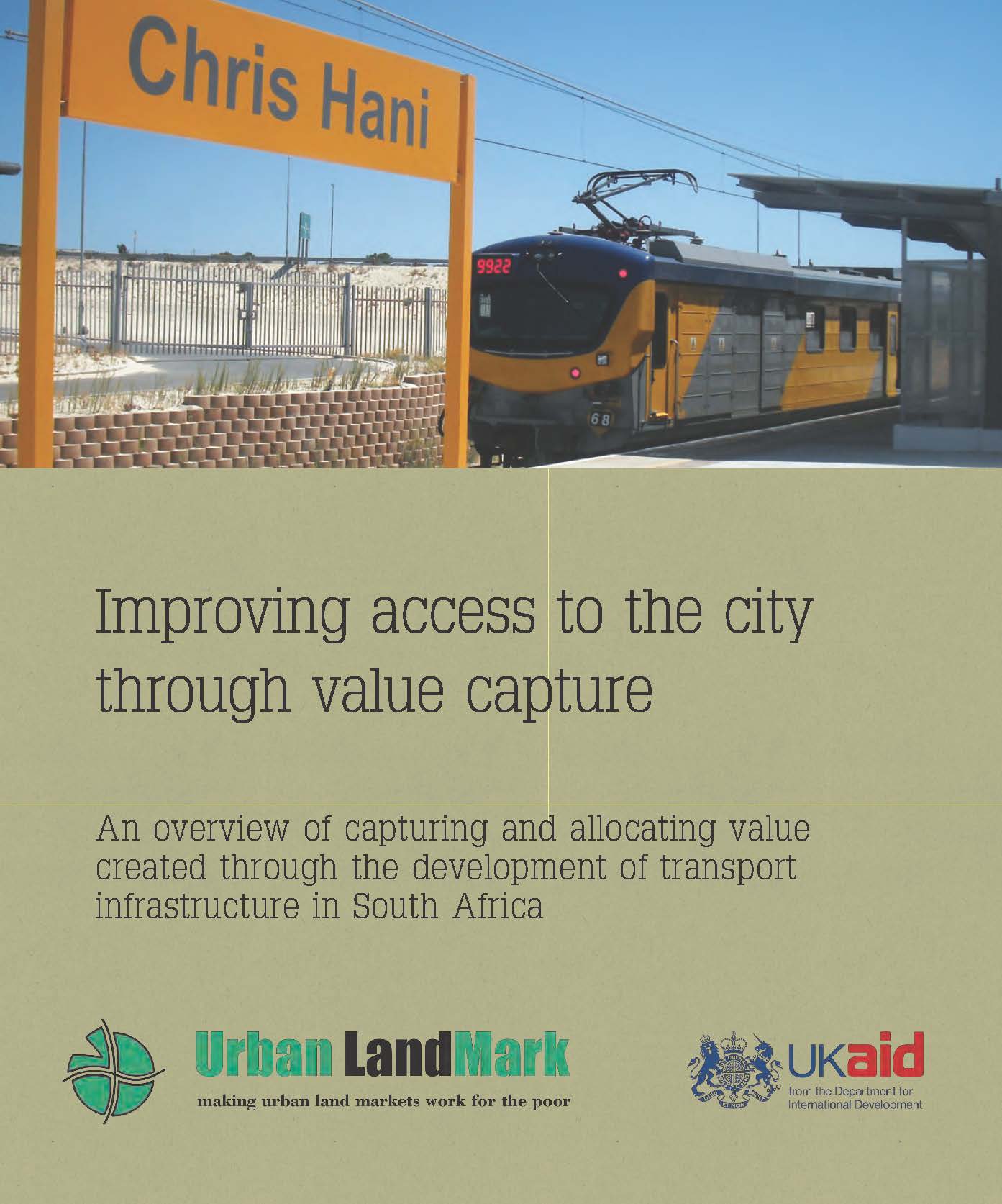 Cities attribute much of their economic expansion to the development of transit systems that link people efficiently to jobs. However, many of South Africa's cities lack modern mass transit systems for transporting commuters. Partly as a result, South Africans, especially low-income workers, spend a high share of their disposable income on transport.

Value capture is a public financing technique that 'captures' a part or all of the increases in private land values that result from public investment by imposing a tax on the property or requiring an in-kind contribution, such as land or improvements. The additional revenue can be used to finance infrastructure for economic growth and urban development, or for poverty alleviation. The infrastructure financed in turn leverages private investment in the area as it improves.

Urban LandMark has developed a booklet that focuses on the creation, measurement and capture of value from transport interchanges. It also looks into the opportunities and obstacles to municipalities' use of value capture instruments. And it investigates the economics of value creation and value capture to identify the possibility of 'getting ahead of the curve' in securing these sites for more socially orientated development.

The resource builds on a 2009/2010 Urban LandMark-commissioned investigation by African Development Economic Consultants into value creation and capture around transport interchanges in South Africa and international best practices in capturing this increase for public good. It further builds on a 2011 Urban LandMark-commissioned study by Alison Hickey-Tshangana into the legislative, policy and fiscal frameworks impacting on the use of value capture mechanisms in South African.