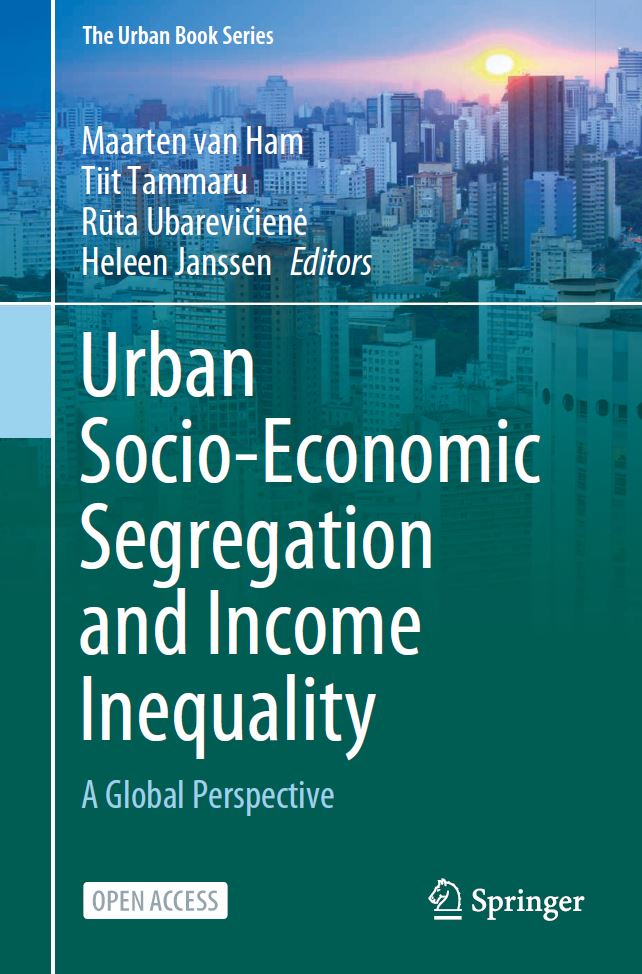 This book chapter analyses income inequality and socio-economic segregation in South Africa’s most populous city, Johannesburg. The end of apartheid’s segregation in 1991 has been followed by both continuity and change of urban spatial patterns. There is a considerable literature on the transformation of inner-city areas from white to black, and of the steady diffusion of black middle-class residents into once ‘white’ suburbs. There has been less analysis on the nature and pace of socio-economic mixing.

Four key findings from this chapter are as follows. First, dissimilarity indices show that bottom occupation categories and the unemployed are highly segregated from top occupation categories, but that the degree of segregation has decreased slightly between the censuses of 2001 and 2011. Second, the data quantifies the way in which Johannesburg’s large population of unemployed people are more segregated from top occupations than any of the other employment categories, although unemployed people are less segregated from bottom occupations. Third, over the same period, residents employed in bottom occupations are less likely to be represented in affluent former white suburbs. This seemingly paradoxical finding is likely to have resulted from fewer affluent households accommodating their domestic workers on their properties. Fourth, although most post-apartheid public housing projects have not disrupted patterns of socio-economic segregation, some important exceptions do show the enormous capacity of public housing to transform the spatial structure of the city.

The book from which this chapter is drawn contains many discussions of Urban Socio-Economic Segregation and Income Inequality from around the world. It is Open Access and available in PDF and EPUB formats.