Library / Labour migration, settlement and mine closure in South Africa

Labour migration, settlement and mine closure in South Africa 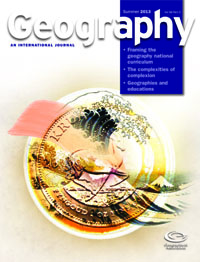 This article brings together two sets of literature: that on migrant labour and that on mine closures. The authors argue that while the literature has highlighted the inhumane nature of migrant labour, few researchers have reflected on settlement in mining areas in relation to mine expansion and/or the subsequent implications of mine down-scaling.

This article refers to two case studies of mining and migrant labour in South Africa. In the first case study, the authors explore the impacts of mine closure in the Free State Goldfields and argue that migrant labour was, to some extent, a blessing in disguise for the area. In the second case study of the new iron-ore mining area of Kathu, Northern Cape Province, we explore housing developments and argue that many of the same mistakes that occurred in places like the Free State Goldfields are being made in an attempt to reduce the impact of migrant labour.

Spatial change as drivers of risk and vulnerability in South Africa