Library / Mine closure, social disruption, and crime in South Africa

Mine closure, social disruption, and crime in South Africa 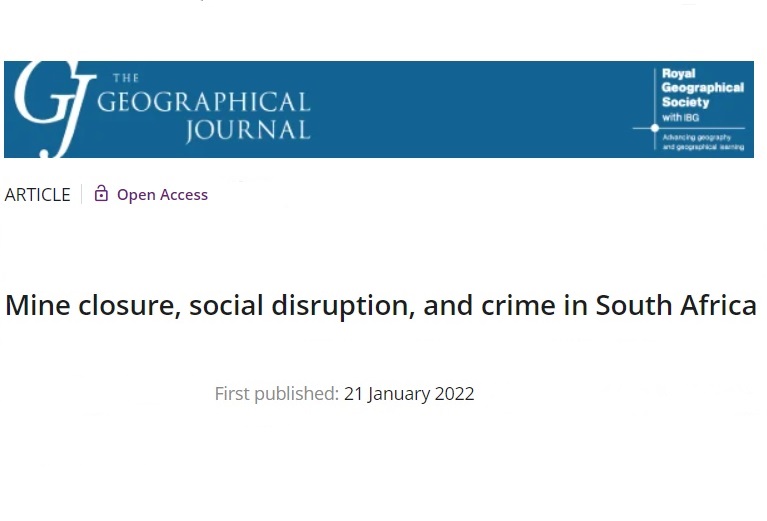 The international literature links mining booms with social disruption. The rapid economic and population growth that mining brings increases urban crime and social problems. But insufficient attention has been paid to the reverse situation: the social disruption that can accompany the closure of a mine. The authors compare crime statistics for four categories of small city, known in South Africa as “intermediate city municipalities,” from 2009 to 2018. Contrary to the findings of international studies, they found that those where mining was in decline had some of the highest crime rates, particularly in the category of sexual offences, whereas those where mining was growing had the lowest. The research shows that mine decline and closure can contribute to social disruption. It is argued that South African government policy has exacerbated this problem in the context of mine decline and that several dependencies created by mining further contribute to the problem. The assumptions that fast population growth and an increase in the male population are prerequisites for social disruption are also challenged. This paper (PDF download) suggests the need for modifications to social disruption theory.

Voices of developers and municipalities

Is planning paying attention to "the future?"