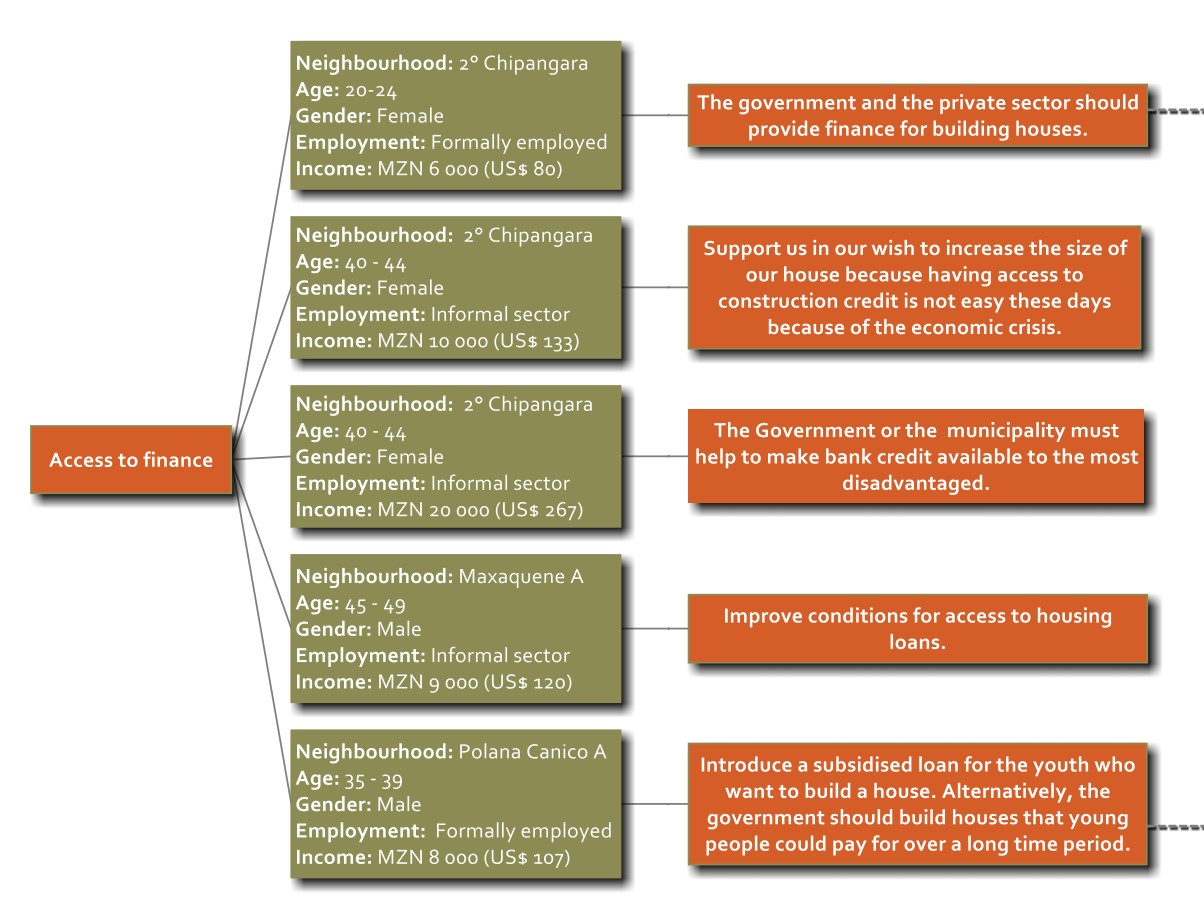 The Centre for Affordable Housing Finance in Africa has recorded the cheapest newly-built house by a developer in Mozambique as selling for US$ 16 169. At an interest rate of 19 percent, with a 25 percent deposit and a term of 25 years, only 1.7 percent of Mozambican households could afford this house. In reality, most developers build houses that cost significantly more than US$ 16 169, and few banks would offer mortgages on such a house.

This has resulted in only 2.99 percent of outstanding loans in April 2016 being for housing, and 1.62 percent in 2014 being for mortgages. Considering these statistics, access to housing finance is clearly a challenge in Mozambique. Further, it seems that Mozambicans are financing and constructing their housing through alternative means: some formal, some informal, but all poorly understood. And, the high housing backlog and the poor housing conditions of a significant majority of households in Mozambique suggest that the current housing finance arrangements are less efficient and effective than they could be.

This qualitative research project has collected detailed “housing investment chronicles” from a sample of low and middle income households.  It has documented the journeys people have taken to build their housing strategies including the ways policies, processes and institutions they have drawn on, the financial tools they’ve used,  and the reasons for their particular housing investment decisions.