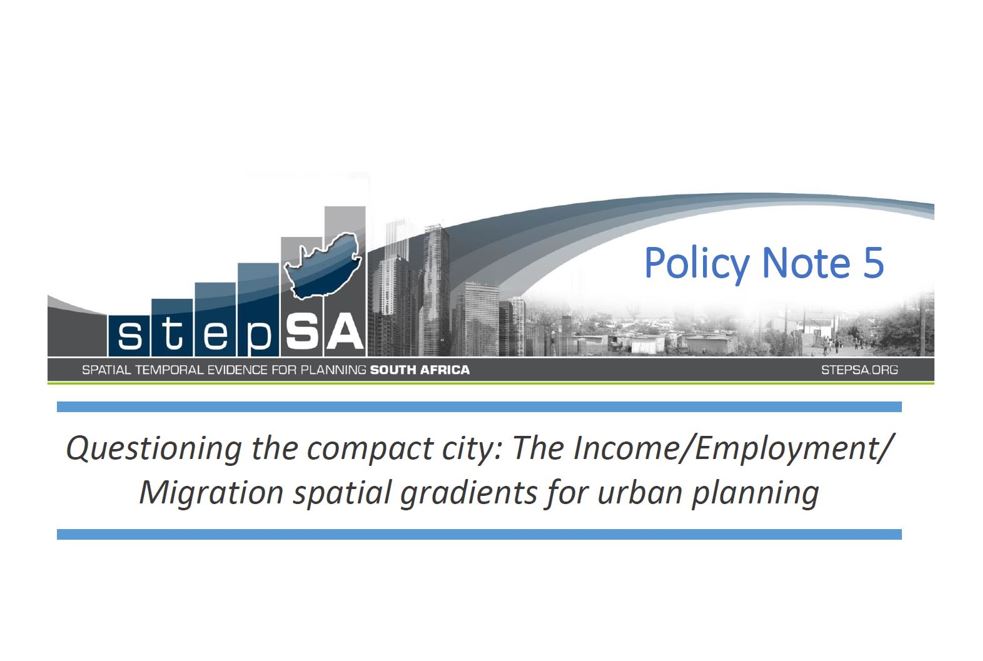 As an issue for government’s urgent attention, youth unemployment may have a claim to be the single most serious policy issue facing South Africa; the threat of lifelong unemployment for a critical part of the population carries the risk that the anticipated benefits of the demographic dividend may turn into a demographic liability, severely unbalancing the economy through staggering welfare costs to the fiscus.

Seeking policy options, the National Development Plan endorses spatial planning as a route to increasing the efficiency of the economy. To combat unemployment – for youth, for women, and for all the unemployed – government policy has been exploring the use of spatial access principles to open up labour market access for the rural-to-urban migration stream.

In this light, to avoid peripheralising the poor is becoming a principle of urban delivery planning, seeking to avoid imposing transport costs that may hold back access to the concentrated job markets of the metro city core zones. Using the principles of compact city planning, which suggests holding urban economic development tightly inside a demarcated city edge, it is now widely argued that the state’s housing programme has been mistakenly supplying subsidised housing that is spatially out of reach of work, because it is largely located on the urban peripheries.

Built on Department of Science and Innovation's stepS research from the science councils, this policy looks first at the new debate over how to plan South Africa’s cities and deliver housing that will support job search by unemployed rural youth, by identifying where in metro space poor migrants will find their best chances. It puts the case for a new understanding of how migration works in the cities and questions the compact city model, based on the evidence of StepSA’s spatial opportunity gradients for South Africa’s metro sector.