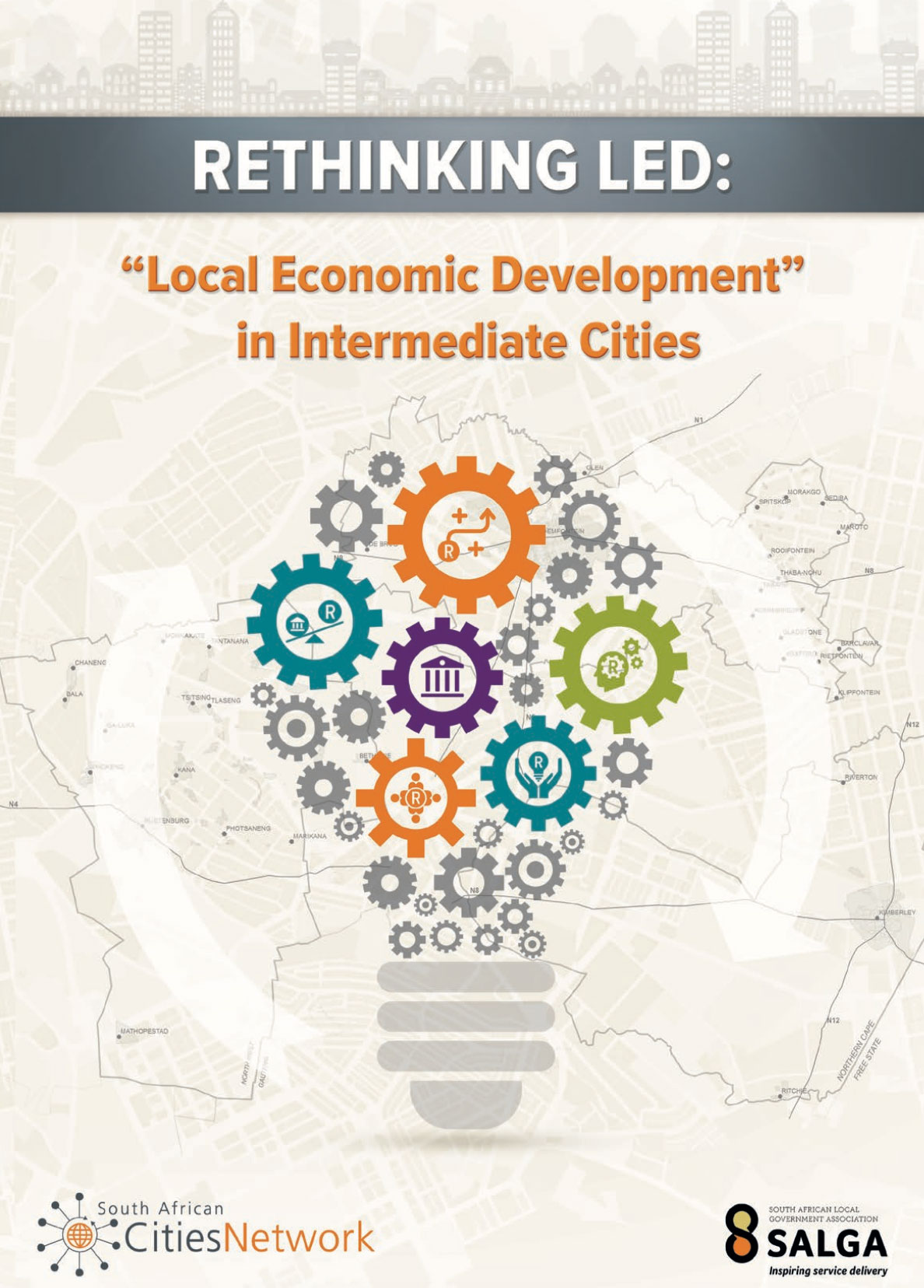 Rethinking LED: Local Economic Development in intermediate cities is the latest volume in a series of the South African Cities Network’s (SACN) exploratory studies on the “differentiated approach to governance”. There were four volumes prior to this one. The first volume, a 2012 data-driven study, sought to define “secondary cities”. The second volume was a 2014 qualitative study of six intermediate cities. It explored possible differences or uniqueness compared to metros. The third volume, in 2016, was a deeper study into apartheid’s displaced settlements. It examined the need for a more nuanced articulation of differentiation, it drilled down to a sub-municipal level. Lastly, more recently, a 2017 study assessed the interpretation of “spatial transformation” as contained in the national urban policy in intermediate cities compared to metros. This series has become an important and consistent reference point for building national attention and understanding concerning intermediate cities.

Science, Technology and Innovation for a Circular Economy