A case of misplaced priorities? 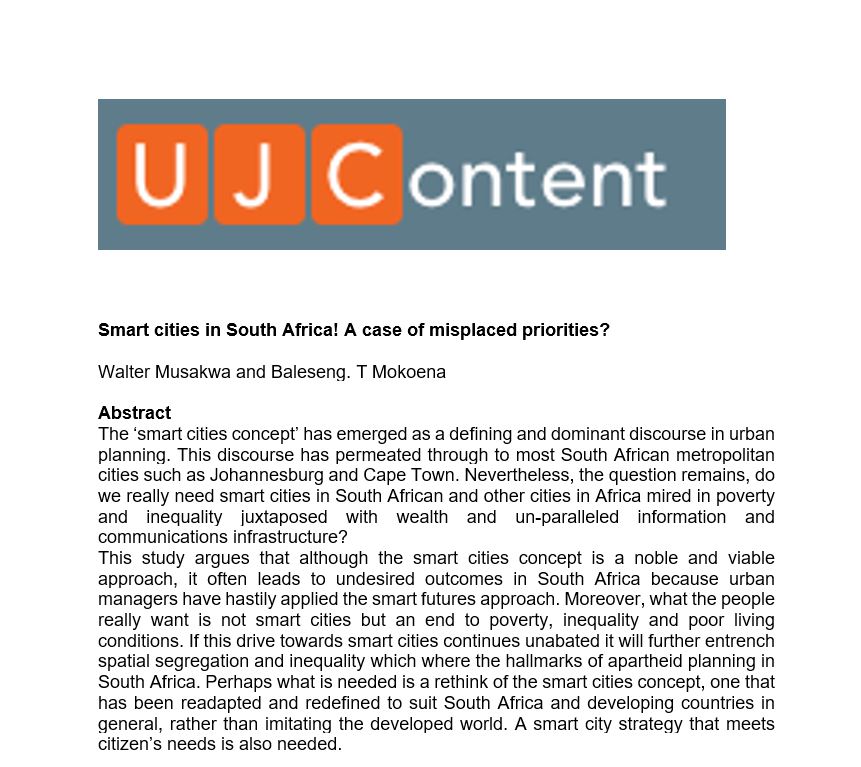 The ‘smart cities concept’ has emerged as a defining and dominant discourse in urban planning. This discourse has permeated through to most South African metropolitan cities such as Johannesburg and Cape Town. Nevertheless, the question remains, do we really need smart cities in South African and other cities in Africa mired in poverty and inequality juxtaposed with wealth and un-paralleled information and communications infrastructure?

This study argues that although the smart cities concept is a noble and viable approach, it often leads to undesired outcomes in South Africa because urban managers have hastily applied the smart futures approach. Moreover, what the people really want is not smart cities but an end to poverty, inequality and poor living conditions. If this drive towards smart cities continues unabated it may further entrench spatial segregation and inequality which were the hallmarks of apartheid planning in South Africa.

Perhaps what is needed is a rethink of the smart cities concept, one that has been readapted and redefined to suit South Africa and developing countries in general, rather than imitating the developed world. A smart city strategy that meets citizen’s needs is also needed.