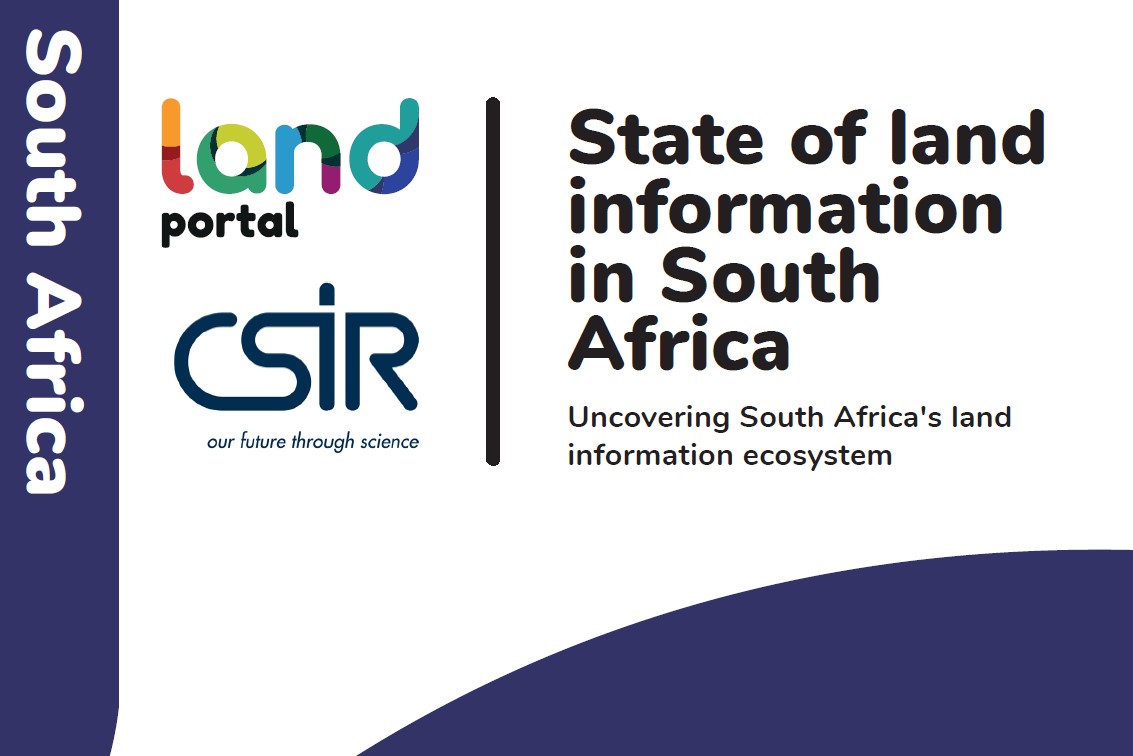 The project was a collaboration between the Council for Scientific and Industrial Research (CSIR) in South Africa, and the Land Portal, a Dutch based foundation which seeks to promote the open sharing of data and information on land issues both globally and, in collaboration with local partners, in individual countries.

An initial scoping research exercise by CSIR formed the basis for a technical assessment by the Land Portal of the availability and accessibility of land information in South Africa, using a methodology based on international open data principles, which had also been applied in four previous SOLI studies (in Kenya, Tanzania, Uganda and South Sudan).

The State of Land Information in South Africa Report summarises the key points of both pieces of work along with the findings of a collective reflection on what has been learned from the process. Overall the aims have been to produce an up to date map, capable of continuous development, of the land information ecosystem in South Africa, to identify gaps and the potential for future work and to further develop the research and assessment methodologies used, prior to their application in other settings.

The launch of the State of Land Information in South Africa was the topic for a LandPortal Webinar held in October 2020. The Webinar Report captures the main discussion points during the launch and ensuing panel discussion.

Three data stories were also produced as part of this project: