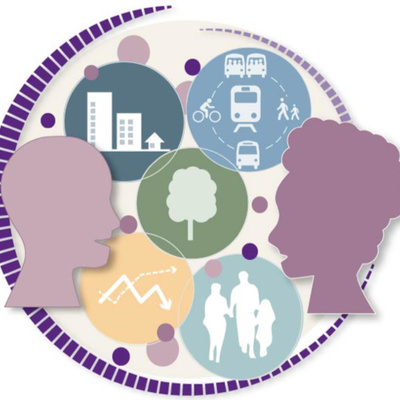 This podcast is an open conversation addressing contemporary city building and spatial transformation issues in South Africa. You can follow the podcast's activities via the twitter page: https://twitter.com/TalkingTransfo1

In this new episode, TTPod was delighted to host the editorial team Alexandra Appelbaum, Alison Todes, Margot Rubin and Philip Harrison talking about their new book - Densifying the City - Global Cases and Johannesburg.

The new publication has tackled the complexities of the processes and policies of density. The book draws on experience and inputs from a host of leading academics and practitioners and considers 25 inputs from some of the South Africa’s leading academic minds.

The publication takes the reader on a series of case studies as diverse as Istanbul (Turkey), Sydney (Australia) and the poster child for TOD- Curitiba (Brazil).

Closer to home and through Johannesburg as the primary case study, the book considers the forms in which density takes via different spaces, processes and participants. The ambition and realisation of density through Transit Oriented Development adds a third dimension to the conversation.

In this episode, we considered the issue of Johannesburg’s Corridors of Freedom reflected in our second episode. This conversation gives us an opportunity to update the perspectives and thoughts on this issue.

In this first TTPod Episode of 2021, our guest Zunaid Khan - Chief Director at the Department of Planning, Monitoring and Evaluation – Office of the Presidency - revisits 2011 and the landmark Blue Moonlight housing case. This Constitutional Court ruling provided that the state is liable to provide alternate – temporary - accommodation to unlawful occupiers who may be rendered homeless due to an eviction from private property. The case also indicated that a private owner’s right to property may be limited by the right to housing of unlawful occupiers.

Zunaid was on the frontline of the City’s response and legal case and Pete Ahmad asked him to reflect on not only the merits and details of the case and what the ruling meant but also the reality and pressure of being a civil servant in the legal firing-line.

In this episode, we also take a quick look at the spatial planning horizon for 2021 – what are his hopes and fears – beyond the pandemic, beyond the economic challenges we face. What can we hope for from National Government and where should we be looking.

Just over ten years ago, the final whistle blew on the highly anticipated FIFA 2010 World Cup held here in South Africa. Expectations were high and the question remained before that kick off: could SA deliver. Deliver it did, staging a remarkable global event which bought SA goodwill and recognition for the event and the manner in which it was held.

South Africa broke the bank to host the event. Both financially and in playing its ‘Madiba Magic’ trump card there was a sense of inevitability that the tournament would finally be hosted in Africa. But at what cost? And was it worth it?

In this episode, we explore the legacy of FIFA 2010. To help us, we are joined by eminent historian, and best-selling author of Empire, War and Cricket in South Africa, Dr. Dean Allen as we look objectively at the tournament a decade on. He has taken an ongoing interest in the assessment of the legacy as a historian, author and public speaker. His views on transformation through the ages are compelling and thought-provoking.

Episode 28: "One Year On" - Reflecting on and celebrating a year of Talking Transformation [Recorded October 6th 2020]

It’s been over a year since the launch of the Talking Transformation Podcast, and to celebrate the first anniversary, we’ve taken a moment to reflect on how far we have come and where we want to go!

In this episode host, Pete Ahmad, is in the hot seat, where he shares some of his insights from the past 12 months. We get to know the man ordinarily behind the mic and learn about his journey as a planner.

We also find out what catalysed the creation of the podcast and how it has done in terms of achieving its aims. These aims have included: extending the South African urbanism and transformation discussion; creating inclusive conversations; and establishing an archive for various interest groups.

His diverse and rich insights come during a period of increasing land invasion and informal settlement growth during the lockdown period: the tangible, spatial consequences of the pressures of urbanisation and faltering national and regional economies.

During this episode we consider: What can informal settlements offer cities at a time when supply and demand is adversely impacted by the impact of the pandemic? What is it that cities fail to learn and need to accept / adapt to maximise the opportunities? How do these differ in during and after the crisis? Where can we look for inspiration and innovation?