Library / The plight of mining cities in South Africa

The plight of mining cities in South Africa

Planning for growth and closure 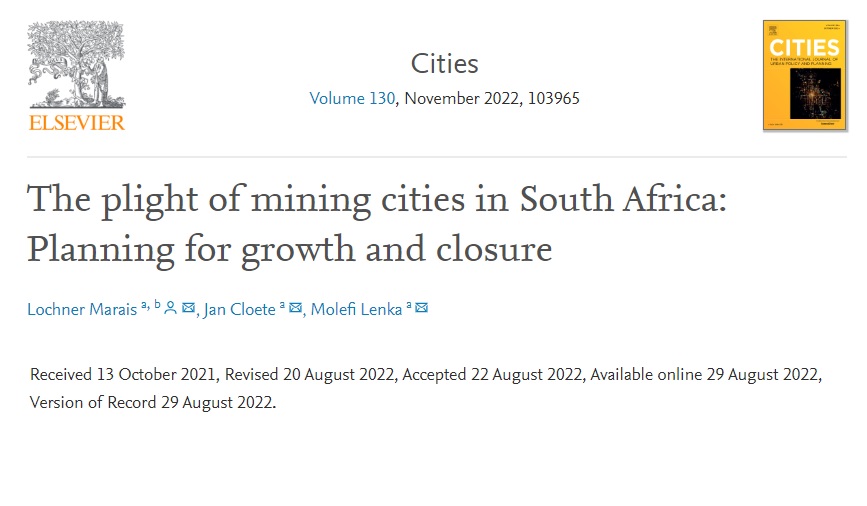 The mining sector’s share in South Africa’s economy has declined over the past 30 years, as has employment on the gold mines. Yet many new mining areas have developed. Mining growth has been driven primarily by platinum and coal, with iron ore and other metals contributing. Of South Africa’s 39 ‘small’ or ‘secondary’ cities, 19 have or have had substantial mining economies. Whether growing or declining, they have experienced a rapid increase in informal housing, service backlogs, pressure on municipal finances, and social disruption.

This paper assesses these trends in these cities against the background of the literature on boomtowns and referring to evolutionary governance theory. Both local and national government responses and policies are examined. The sources are census and economic data, audited municipal financial statements, and crime statistics. It is suggested that investigating the social disruption associated with mining decline should be the sixth phase of boomtown research. Furthermore, the authors argue that mining town planning should avoid creating long-term dependencies and focus instead on creating flexibility. Questions should be asked about the uncritical way government policy links mining and development. A more careful approach should be followed and alternative approaches to mine housing should be considered.