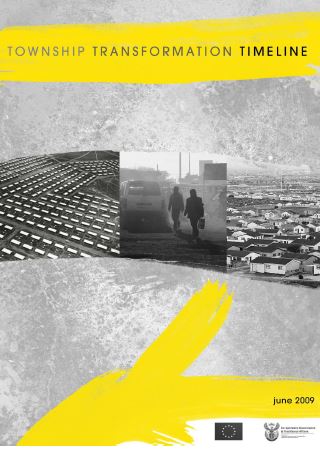 The Township Transformation Timeline provided an overview of the history of the evolution of Townships since 1900 and the lessons that could be learnt for the future. The Timeline set out to provide a better understanding of townships and how they could be transformed and integrated into South Africa’s urban areas.