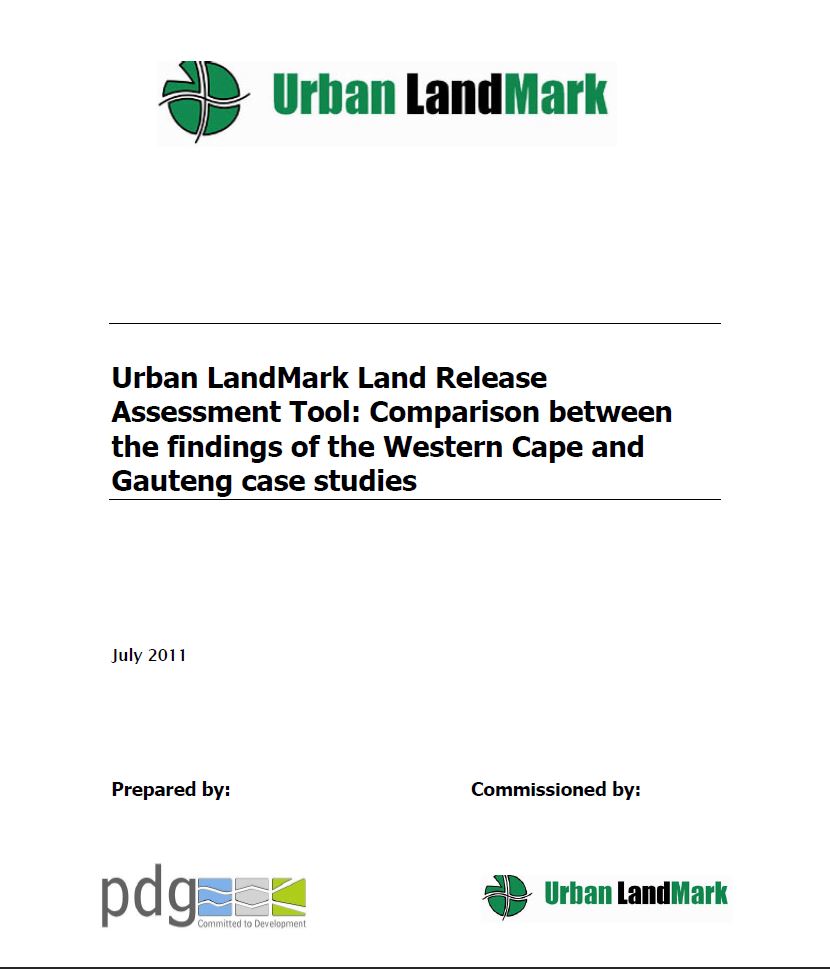 In 2009, in collaboration with the Western Cape Department of Human Settlements and the City of Cape Town, Urban LandMark commissioned Eighty/20 and Palmer Development Group (PDG) to develop an approach to assess the cost and benefits of different residential land uses resulting from public land release programmes in the Western Cape. The different residential land uses include market-driven housing, so-called gap housing, and subsidy housing.

In 2011, Urban LandMark commissioned PDG to further apply the Land Release Assessment model in two Gauteng case studies - Cosmo City and Pennyville - to build on the existing database of key inputs into the model, to further test the model, and to compare the Gauteng experience with that of the Western Cape.

Presentations on the methodology, financial model, decision support tools, case studies and project findings have been made available to key stakeholders to the process, including the Housing Development Agency, the National and Western Cape Departments of Human Settlements, the Cities of Cape Town and Johannesburg, and private developers participating in the case studies.


Abstract based directly on original source.

“You know that's a rip-off”