Library / Outside the core

Towards and understanding of intermediate cities in South Africa 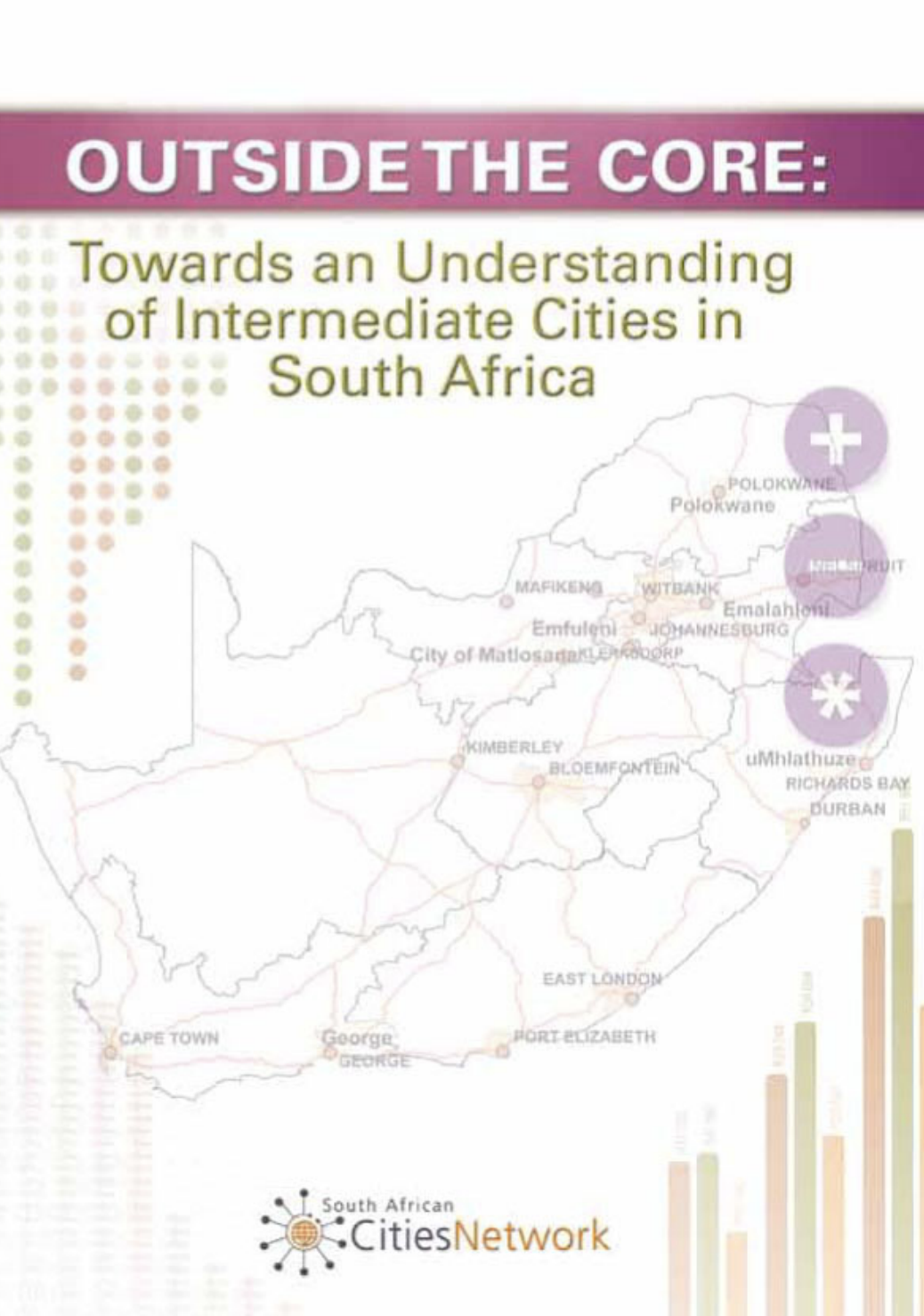 Much of the urban research conducted around the world focuses on world cities or larger metropolitan areas. Although such research is essential, smaller and intermediate-sized urban centres appear to be neglected. Historically, the South African Cities Network (SACN) has concentrated on the eight metropolitan municipalities and Msunduzi. However, in 2012 the SACN embarked on an initial exploration of intermediate cities, with the publication of Secondary Cities in South Africa: The Start of a Conversation. Further research was undertaken to deepen the understanding of intermediate cities in South Africa, using a set of key policy questions. The project was motivated by the need to understand intermediate cities in relation to the different categorisations of settlements and the differentiation debate, within the context of growing pressure to increase the number of metropolitan areas (which are commonly assumed to be the logical trajectory for intermediate cities). Six case studies were included in this research: City of Matlosana, Emalahleni, Emfuleni, George, Polokwane and uMhlathuze. The last two decades have seen various attempts at categorising South African settlements, in existing municipal legislation, by the CSIR and National Treasury, and in the National Spatial Development Perspective. These attempts have an inherent value, but the emphasis on size over functional attributes contributes to increasing pressure to declare more areas as metropolitan municipalities. The notion of having different planning, finance and institutional support for different settlement categories has been accepted globally and in South Africa. Differentiation should go beyond finance and municipal functions and include differentiated policies (or at least differentiated implementation of national policies), institutional support, planning and programmes. In 2009, outcome 9 of the South African Government’s delivery agreement states (in output 1) that the intention of government is to ‘implement a differentiated approach to municipal financing, planning and support’. Yet five years later, many of the intentions have not materialised.

“You know that's a rip-off”