Why are urban divides so persistent? 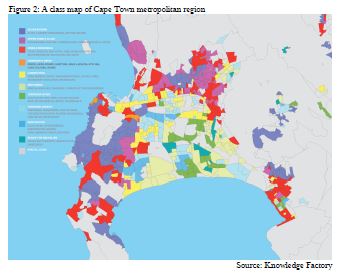 The apartheid city was always the ultimate paradigm for urban division and exclusion. This was even more so in the 1990s when it became clearer that urban forms and patterns in many parts of the world were going the way of intensifying segregation, fragmentation and splintering, resulting in deepening intra-urban inequalities (Graham and Marvin 2001). Thus, when South Africa embarked on its ambitious democratic transition in 1994, there was great anticipation that under the behest of a radical-democratic majority government, ways would be found to undo the paradigm of urban division—the apartheid city. This desire was both justified and misplaced. Justified in that the redistributive ambitions of the newly elected government invariably had to involve some form of urban justice and rebalancing because this was where the heart of economic apartheid resided; Misplaced because the negotiated terms of the transition precluded radical interventions in either private property or the accumulated wealth of the white minority. Part of the deal, from the outset, was that the South African economy, anchored in that wonderfully elastic phantasm market sentiment would not be endangered by extending the franchise to the black majority and addressing their developmental needs for access to basic services such as water, energy, shelter, education and health care (Marais 2001).