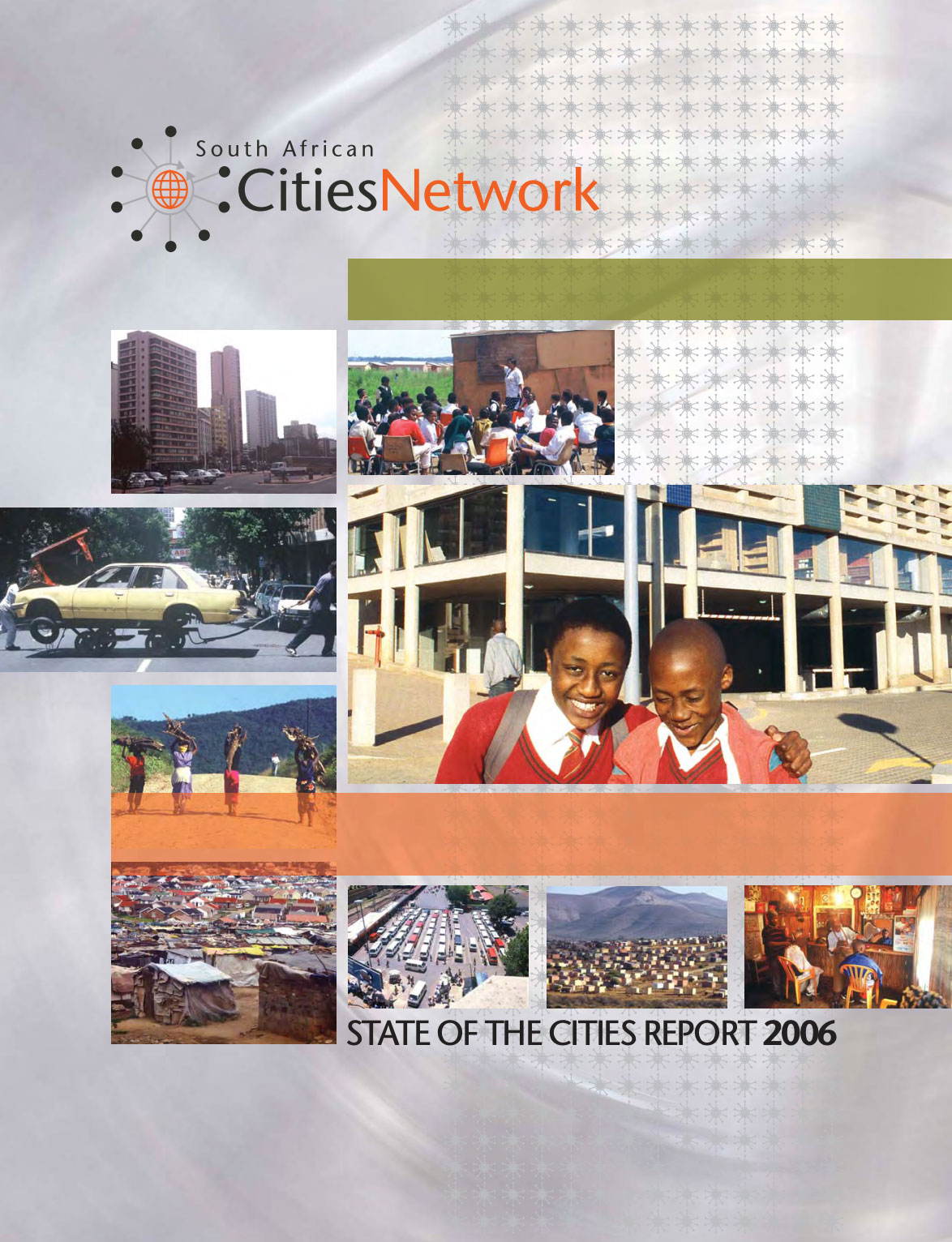 The State of the Cities Report 2006 provides a qualitative and quantitative analysis of South Africa’s largest cities, highlighting the important role played by cities in driving the national economy and improving the lives of South African residents. It raises current debates about cities, provoking urban stakeholders to think in new ways. This report follows on the first State of the Cities Report produced in 2004 (SOCR 2004). State of the Cities 2004 provided the first comprehensive picture of the major economic, social, environmental and governance realities affecting South Africa’s nine largest cities. The State of the Cities Report 2006 (SOCR 2006) builds on the important information and analysis contained in SOCR 2004. While the 2004 edition looked broadly at how cities were confronting the post-apartheid challenge in the ten years since democracy, the 2006 version examines a shorter time period between 2001 and 2006 and therefore has a sharper and more contemporary focus. SOCR 2006 looks at what has been achieved in cities during the first municipal term of office under the new municipal dispensation brought into being by the Local Government White Paper, the Municipal Structures Act and the Municipal Systems Acts. SOCR 2006 provides detailed information and analysis of trends that have affected urban development over the past five years. But it also looks forward at challenges and opportunities likely to be posted in the years ahead.

Call for Abstracts: Urban governance through the lens of housing

Justice in a South African township