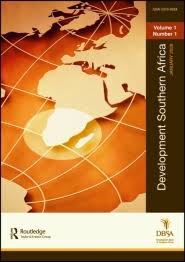 In 2008 the South African National Disaster Management Centre commissioned a study into measures taken by local municipalities to plan for climate change. Two areas were selected for their dissimilar climatic challenges: the //Khara Hais Municipality, a semi-desert area in the Northern Cape Province plagued by droughts and severe weather events, and the George Municipality, an area in the Western Cape Province plagued by droughts, the rising sea level and flash floods. It was found that despite South African laws and regulations requiring local government to take action to reduce the risk of disasters, planning for climate change is still no more than sophisticated rhetoric in the two municipalities. This lack of urgency can be ascribed to local municipalities having other more pressing developmental priorities. It would, however, be short-sighted of municipalities not to plan for climate change, as major setbacks in hard-won economic and social development following a disaster.

Keeping up the Pressure

How the poor access, hold and trade land - Findings revisited