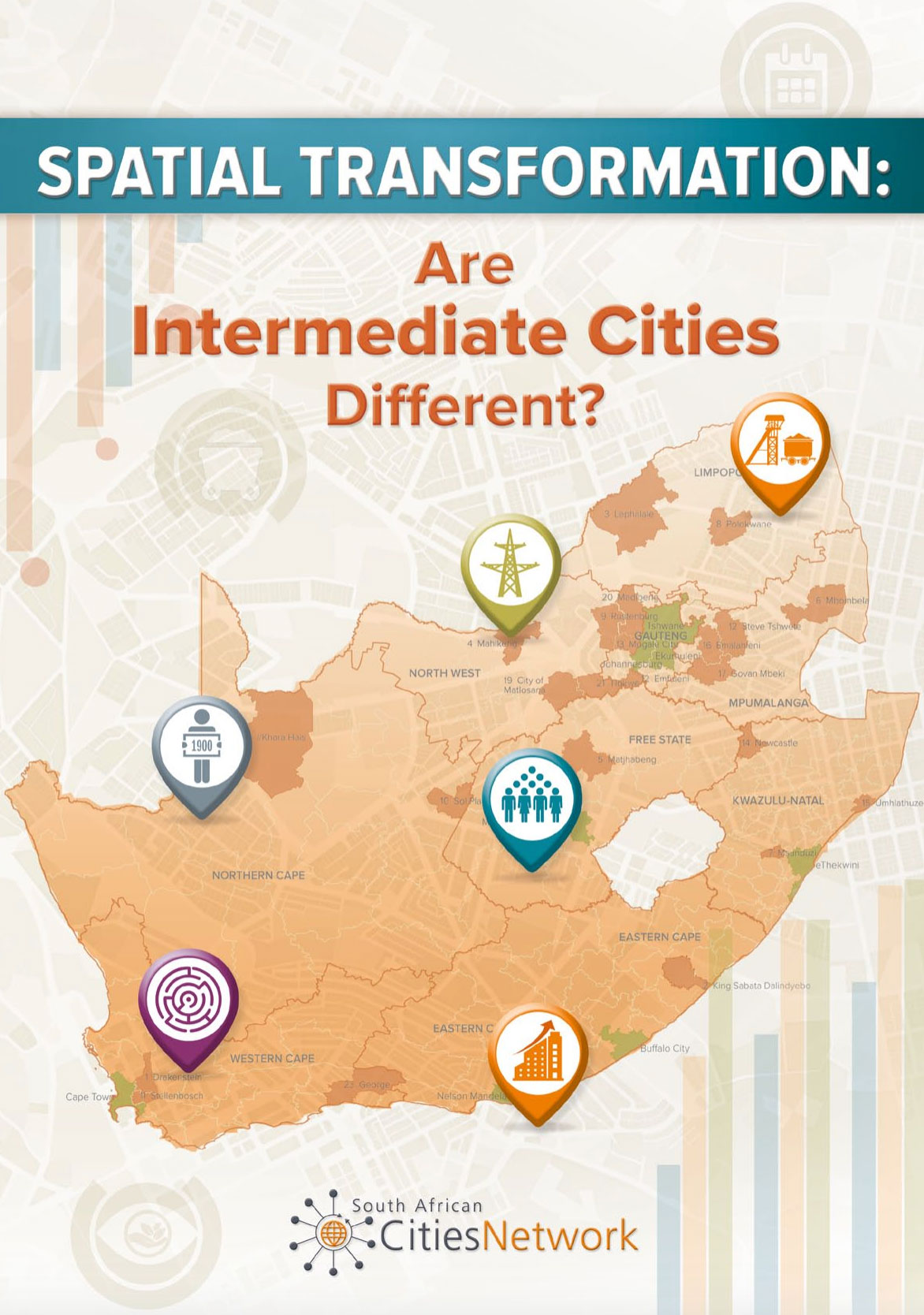 South Africa’s colonial and apartheid past has left the country’s urban areas with a distinctive spatial legacy of racial segregation, low densities, sprawling suburbs and the location of most urban poor on the periphery of cities. Despite a range of legislation and instruments introduced since 1994 with the aim of spatial transformation, this spatial reality remains. Most research has focused on spatial transformation in South Africa’s large urban centres, rather than in the smaller (secondary or intermediate) cities, whose importance are recognised globally. The South African Cities Network (SACN) has spearheaded the development of a knowledge base associated with intermediate cities and to date has published three policy documents. This latest publication focuses on 11 intermediate city case studies: King Sabata Dalindyebo (KSD, Eastern Cape), Matjhabeng (Free State), Msunduzi (KwaZulu-Natal), Lephalale and Polokwane (Limpopo), Mbombela (Mpumalanga), Mahikeng and Rustenburg (North West), Sol Plaatje (Northern Cape), and Drakenstein and Stellenbosch (Western Cape).

Shack Settlements as Entry to the Labour Market